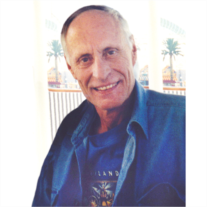 Jeffrey Edward Hirn was born in St. Paul Minnesota on January 24, 1947 to Robert and Elinor Wilson Hirn.  He was the second child in the family, born 20 minutes after his identical twin brother, Gregory.  The twins attended an old brick elementary school in St. Paul that was built in the 1800’s There was a lot of open space in St. Paul in the early 1950’s and the boys really did need to hike through knee-high snow many times to get to school.  The two of them were very close; they were always coming up with their own names for things.  Their mother said they had a language of their own that no one else could understand.

Jeff started Fullerton Junior College in 1965 and received his Associate of Arts Degree in 1967. In the fall of that year he joined the US Navy, something he always wanted to do. He was in the Seabees unit and never went on a ship! Something we laugh about to this day. His Grandpa Ed who was a career Navy man was so proud of Jeff.   Before he left for Basic Training, his parents wanted to go on a family vacation. They headed to the Stardust Hotel and Casino in Las Vegas. It was there that Jeff tasted his very first Lobster and he loved that and Vegas ever since!

When he graduated from Basic Training he was first sent to Mississippi to work in a clerical position. The Navy had noticed that he was an extremely fast typist!  While in Biloxi, Mississippi, Hurricane Camille, one of the strongest Hurricanes on record, hit the coast.  Jeff had to sleep under a Bulldozer for protection during the hurricane.  When he was stationed in Guam, he loved it.  He said that was one of the happiest times of his life because he got to see parts of the World he had only imagined.

In 1971, after he was honorably discharged from the Navy, Jeff returned to school on the GI Bill and started Long Beach State College. He completed his education and received his Bachelor’s Degree in Business Administration.

In 1976 he met his future wife on a blind date set up by a mutual friend and after 2 years of dating Jeff and Marney were married at Holy Trinity Catholic Church in San Pedro on June 17th 1978. In October of 1982 the couple welcomed their one and only child Sally. A name Jeff had decided on well before he even met his wife after listening to a beautiful song that touched Jeff’s heart called “Sally Goes Round the Roses” by The Jaynetts. He was a hands on concerned father from day one who couldn’t wait to come home every day to see his baby girl. He was a devoted, loving husband and the true meaning of a provider for his family. He worked as a buyer in the Aerospace field for over 15 years until his early retirement.

He then had the privilege of becoming a compassionate and caring grandfather to an outgoing girl and boy that we know he is watching over today.

Jeffrey passed peacefully with his loved ones surrounding him at 10:57am on Friday July 21st with his favorite show playing in the background after fighting COPD/Emphysema for over a decade.
He is survived by his wife of 39 years Marney, daughter Sally, 2 grandchildren Kylie 7 and Finley 5, and his twin brother Greg, sister Cyndi, other relatives and lots of long time friends.

His funeral will be held at San Francisco Solano Catholic Church in Rancho Santa Margarita on Friday August 4th at 10am and his burial will be at Riverside National Cemetery on Monday August 7th at 12:15pm.