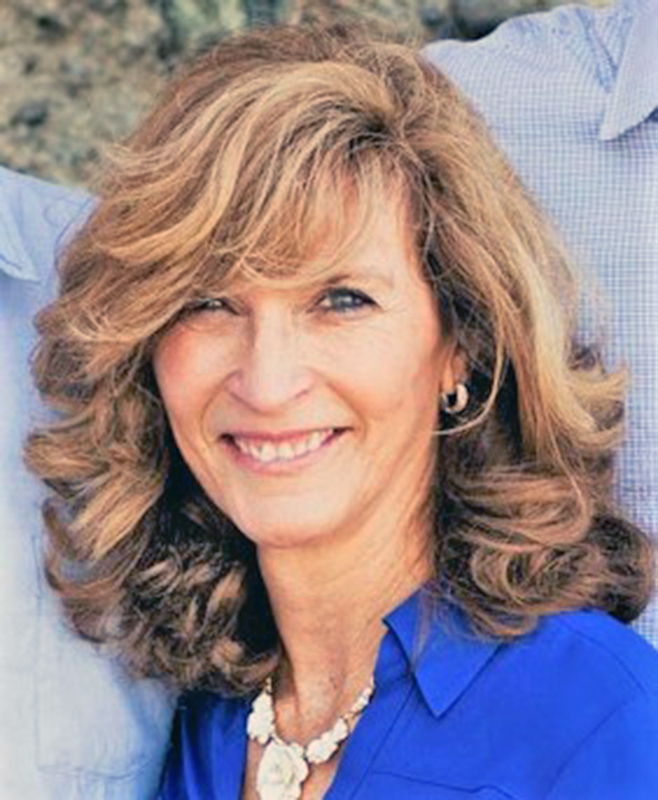 Jeanne was born to Gloria and John Biehl in San Diego on January 18, 1955. She was the second of five children: Mary, John, Mike, and James. As devout Catholics, the Biehls were pillars in the Catholic community and instilled this faith in their children early on.

Jeanne had a happy personality, infectious smile, and a compassion for other people that uplifted everyone she met. She attended St. Boniface Elementary School, Ball Junior High School, and then Loara High School where she joined the drill team and later became a songleader. Living just a few miles from Disneyland, she spent summers working on the Storybook Cruise ride.

During her sophomore year, she met her high school sweetheart Mike Kelly at a school dance. Their romance blossomed quickly, and soon they were inseparable. A favorite date night for them was sharing a pizza at Mamma Cozza’s Restaurant; a tradition they continued even up through this year.

Mike and Jeanne were married at St. Justin Martyr Catholic Church in Anaheim in 1976, and they soon started a family. In 1976 Jeanne started work as a court reporter. In 1980 Jeanne and Mike moved to the beautiful beach community of Dana Point with Ryan and Sean, where they found their dream home on Priscilla Drive. Claire and Mikey came along shortly after to complete the Kelly family. Priscilla Drive is an amazing and unique street where an extended family developed quickly between all of the neighbors enjoying block parties, camping trips, and summers at the beach. The Priscilla family also shared a community of faith centered at St. Edward’s Parish. Jeanne took great pride in her faith, and her ongoing devotion to the Blessed Mother set an example that encouraged others to seek Our Lady’s guidance and protection.

Jeanne had a true and deep compassion for every person, and she instilled this quality in her children and grandchildren; she always encouraged them to seek out and befriend their peers who were eating lunch alone or standing along the wall at the school dance. She could often be found driving local streets, seeking out the homeless to offer them food and drink or serving Meals on Wheels to those in need. Jeanne’s powerful work ethic set an incredible example as she worked tirelessly to provide a comfortable life for her family while always finding a way to attend every game, concert, and important event of her children’s lives. She supported all of her children in their educational and professional pursuits and beamed with pride whenever she spoke of them. The love shared by Jeanne and Mike serves as an exemplar of loyalty, respect, faith, and commitment, and their children have honored their wonderful example in their own marriages.

Over the last ten years, Jeanne demonstrated her beautiful patience and endless love, giving so much of her time to taking care of her mother Gloria. She spread this love to the other residents of the home and their families by becoming the party coordinator and organizing countless crafts and activities. She did this for many compassionate reasons, but most of all, out of her desire to ensure that each of the senior residents was surrounded by love, as some never had any other visitors or family.

An incredible Grandma, she loved each of her grandchildren so very much. At every visit, whether long or short, she always had a special treat for each grandchild. Grandma Jeanne had a true talent for choosing distinctive and memorable gifts that were always a hit with the grandkids. No matter where she was in her day or how she was feeling, whenever she spent time with her grandchildren, she was truly happy, and she was overjoyed that another grandchild is on the way.

Jeanne enjoyed watching UCLA sports, spending time at the beach with Mike, golfing, and most of all spending time with her family. She will be deeply missed by all who knew her, but her joyful spirit and unending faith will live on.

In lieu of flowers, the Kelly family requests that instead a donation be made to City of Hope Hospital in Duarte, California.  https://www.cityofhope.org/giving/donate