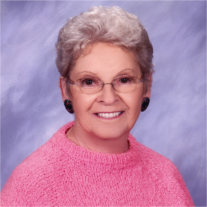 Jeanenne Lynn Evett, aged 87, of Laguna Woods, California died peacefully on February 27th, 2017. Jeanenne was born on April 26, 1929 in Detroit, Michigan, the daughter of Samuel and Opal Schneider. Jeanenne had an exciting career with American Airlines as a stewardess, and it was during this time she met, and married James L. Rodolff, on March 4, 1955. After raising a family, Jeanenne began working in the Library at California State University Dominguez Hills from 1968 – 1983. Jeanenne loved music, animals, spending time with her family, and being a member of the Lutheran Church of the Cross. Her church gave her much happiness and peace as a daughter in Christ.

The Memorial service will be held on Sunday, March 5th at 12:30pm at Lutheran Church of the Cross located at 24231 El Toro Rd, Laguna Woods, CA 92637. Pastor Leland Lantz will be officiating.