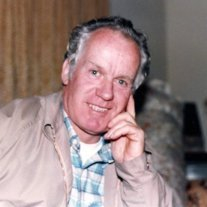 Jean Oyhenart, age 86, peacefully passed away at home in Laguna Woods on August 8, 2013 surrounded by his family. Jean was born in the Basque village of Macaye located in the south of France on September 16, 1926. He spent his childhood working on farms around Macaye and Helette. After serving in the French military where he guarded German prisoners in Paris after the war, he joined his brothers (Gratien, Joseph, and Jean Pierre) in California where he worked as a dairyman in La Habra, Montebello and San Dimas. In 1958, he returned to France to marry his childhood sweetheart, Anna Istillart. They returned to America in 1959 to begin their new lives together in California. They expanded their family in 1960 with the birth of their only daughter, Eliane. Jean and Anna were active members of the Basque community in Southern California and were proud proprietors of the “French & Basque Restaurant” in Hacienda Heights which they co-owned with his younger brother and his wife and later with friends for 10 years. After selling the restaurant, Jean used his talents as a master repairman to work for the unified school district as a custodian… making his local elementary school a model environment for the children. His efforts earned him the admiration of the staff and students and recognition of the school district and California State Senate, receiving “Man of the Year” in 1986 for immeasurable improvements to the school and in recognition of his integrity and quality of workmanship.

Jean loved his annual fishing trips to Bishop, working in is “garage/shop” and spending time with family, especially his two grand-daughters. He was a simple, selfless man with a large compassionate heart, always making the needs of those around him a priority. He was a great cook and enjoyed feeding those he loved… he enjoyed the simple pleasures in life with the enthusiasm of a child… he shared his warm spirit with all he encountered. He is survived by his wife, Anna; daughter, Eliane; son-in-law, Joe Bruketta; and his grand-daughters, Danielle and Lauren.

He will forever be in our hearts…