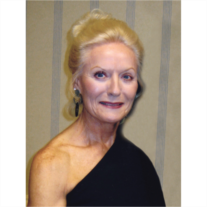 Jean Marie Kelly passed away peacefully on December 26, 2016, at her home in Marbella Country Club, San Juan Capistrano. Jean was born July 19, 1944, in Lancaster, Ohio. She was a graduate of Bloom-Carroll High School, in Carroll, Ohio where she was a majorette with the marching band. Upon graduation, Jean earned her Certified Professional Secretary (CPS) designation and went on to provide administrative assistance to corporate executives.

On September 5, 1975, Jean married the love of her life, Michael J. Kelly. Soon thereafter, they began an odyssey of moves from Columbus, OH, to Akron, OH, to St. Louis, MO, to Worcester, MA and finally to Southern California. They settled in San Juan Capistrano, at the Marbella Country Club.

Jean was both an avid golfer and tennis player and was known for her fierce competitive spirit, which not only was exhibited in sports, but later in her battle to fight her cancer illness. In addition to her competitive spirit, Jean was admired for her compassion for other women who were facing their own cancer challenges. She continually reached out to friends and neighbors and would offer words of encouragement, advice and a shoulder to lean on.

Jean was a long time member of the Capistrano Valley Assistance League. During her tenure as an active member she became the Assisteen Coordinator for 10 years. During this time, she mentored young girls during their high school experience as they became young ladies. Each year there was a celebration of presentation at an Assisteen Ball.

In addition to her husband, Michael, Jean is survived by her parents, Willard and Marjorie Ety; her sisters Cindy Woods, Cathy Tucker and brothers James Townsend and Steve Ety.

Funeral Mass will be held at Mission Basilica Church, in San Juan Capistrano, on Monday, January 9, 2017, at 10:30 am. A Celebration of Life will follow at the Marbella Country Club, San Juan Capistrano. Services will be at Ascension Cemetery and will be private.

Messages may be left at O’Connor Mortuary, www.oconnormortuary.com.

In lieu of flowers, the family has requested donations be made to: Mission Hospital Foundation, 27700 Medical Center Rd., Mission Viejo, CA 92691, designated to Oncology in loving memory of Jean Kelly.