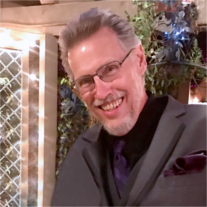 He was preceded in death by his parents Sara Gennoe Hale and J. Calvin Hale and by his wife JoAnn Hale. He is survived by his sister Sally Hale Womack (Charles) of Cookeville, TN; nephews, Daniel Womack (Wendi) of Lexington, KY; David Womack (Lane) of Boulder, CO; John Womack (Elizabeth) of Asheville, NC and niece Nancy Politi (Steve) of Montclair, NJ and by great-nephews and great-nieces, Zachary and Zoe Womack, Julian and Sara Politi and Powell Womack; granddaughter Shellbee Hampton (Russell) and great-grandson Jaxyn Hampton.

J.C. was born in Chattanooga, TN on January 24, 1944. He graduated from Red Bank High School. From a young age he had a love for high performance cars. He excelled in high school and was awarded a Presidential Scholarship to the University of Chattanooga (now University of Tennessee at Chattanooga). In 1963 J.C. joined the US Air Force and served two tours of duty in Thailand during the Vietnam War. In 1968 after his discharge from the US Air Force, he began working for Burroughs which later became Unisys. His first job was maintenance of the mainframe computer at the University of California at Davis. His experience as a radar technician had started him on his career path. He worked as a Software Engineer for a total of 49 years. He had a love for his work as evidenced by his routine of working six days a week. He worked until the day before he passed away.

J.C. married JoAnn Gale in August 1995 in Tustin, California. They were married for many years until JoAnn passed away. Spending time with his closest friends who also happened to be his co-workers and dining in nice restaurants were his special pleasures. He rarely took a break from work. Working was his life.

In lieu of flowers, the family suggests donations be made to the charity of your choice.