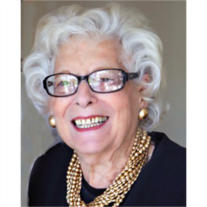 Janet Russo was born Juana Casal Torres on July 7th, 1922 in Vigo, Spain. A year later she crossed the Atlantic by boat with her mother arriving in Ellis Island in June of 1923. Because of this, her name is on the American Immigrant Wall of Honor, currently on display in Ellis Island.

She was raised in Brooklyn, New York with her two younger sisters. She attended the advanced high school for girls and always prided herself in her successes at school.

On December 20, 1941 She married Joseph Russo at the South Congregational Church in Brooklyn. They had three children who they raised in New York. On March 29th, 1960, she became an American Citizen, receiving her Certificate of Naturalization. In 1963, she, along with her family moved permanently to Southern California.

She was a true home maker. Not only did she cook traditional Spanish empanadas, she was also an incredible seamstress. She made her and her children’s clothes from studying designer fashions in magazines and replicating them. She had impeccable taste, with her attire and the way she held herself always embodying glamor.

She lived to nearly 95 years old, having never driven a car a day in her life. She loved animals, especially her Siamese cat Sheba.

She is survived by her three children: John Russo, Denise (Sieg) Heep, and Nadyne (Nigel) McClurg; and her grandchild Taylore (Malia) McClurg.

In lieu of flowers, please make a donation to the ASPCA in her name: www.aspca.org.