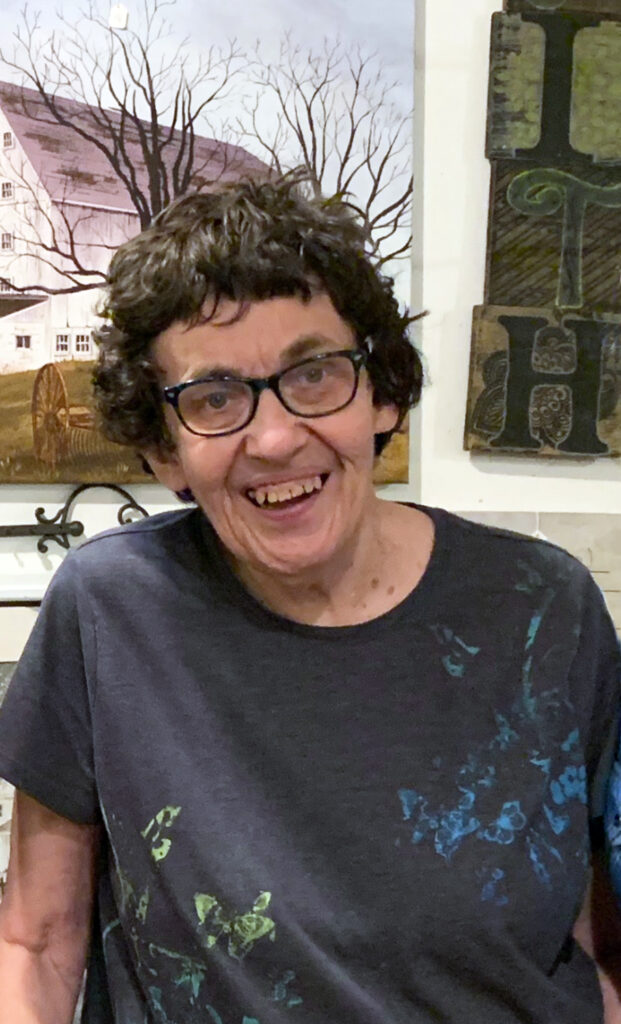 Janet was born in Hutchinson, Kansas, daughter of Ellen and Chester Soft. She was the youngest of 3 children. She attended Lincoln Elementary School, Sherman Junior High School, and Hutchinson High School. She lived in Greensburg, Kansas when the F5 tornado came through in 2007. She then moved to the Mission Viejo/Rancho Santa Margarita area to be close to family.

Her childhood was filled with family times, playing in the sandbox and on the swing set, and sleep overs with cousins. The family enjoyed playing games, like Sorry, Marbles/Wahoo, and Uno which she enjoyed. Her favorite times even in adult years were spending time with family, especially the kids and dogs. She also enjoyed doing embroidery and sewing. We have many treasures that she has made over the years.

Her Christian faith was of upmost importance. I’m reminded of Jesus’ words in Matthew 19:14, “Let the little children come to me and do not hinder them, for the kingdom of God belongs to such as these. One of Janet’s favorite things was going to church and singing all the inspiring songs. The people of the Bridge Church in Rancho Santa Margarita were all extremely kind and loving to Janet. They, the music, the teachings were all such a blessing to her.

Graveside services will be held at Fairlawn Burial Park in Hutchinson, Kansas on Friday, October 7, at 11:00 am, followed by lunch at the Anchor Inn, a favorite family restaurant. The California service will be held at the Bridge Church, in Rancho Santa Margarita, on October 22, at 12:30 pm followed by lunch on the patio. If you would like to make a donation in lieu of flowers, please send it to:

The Bridge Missions at
The Bridge Church
30162 Tomas
RSM, California, 92688
In memory of Janet Soft