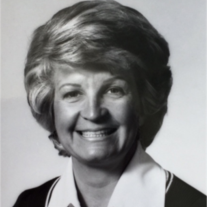 Jane grew up down the street from her Grandma “Oma” and spent Sundays in her grandmother’s kitchen, learning to make homemade flat bread and licking the tops off her Aunt Mae’s homemade custard. Of those days as a young girl, Jane recalled, ‘I always loved being with Grandma…I remember quite often sitting on her front lawn brushing her hair, and in the evenings she would rock me to sleep in her lap”.

Jane grew up against the backdrop of World War II, a conflict that touched the lives of every American family. Even those living in the Utah Valley experienced the rationing of everyday items, such as stamps, gasoline and sugar. At night, black curtains were drawn all over Salt Lake City in preparation of air raids. Jane even watched Japanese neighbors taken away in the dark of night to detention camps, never to be seen again.

When Jane was about 7 years old, her father Hendrick abandoned the family, leaving Jane’s mother to raise 3 small children with another baby on the way. As her mother eventually headed to back to work, Jane stepped into the role of caregiver, watching after her two younger sisters. These early challenges began to form the self-reliant, independent young woman Jane would become.

Jane’s mother eventually remarried Verl Mercer, and the family welcomed a new son into the family. Ricky was a much beloved baby brother to all his siblings. The new family eventually moved to the heart of downtown Los Angeles, a stark contrast from the tree lined streets of Salt Lake City. Drugs, gangs, and inner-city schools provided a new kind of real world experience for Jane, and she resolved to never live in so desperate a circumstance again. Of these days, Jane wrote, ‘I said to myself the day we moved in that I would never live like this again when I had control of my life.’

But like every challenge, Jane learned to adapt and more importantly, to appreciate the opportunities of her new situation. She formed beautiful friendships with children from very different circumstances, and she recalled, “I learned to appreciate all different kinds of people.” Appreciating people of all kinds was a lesson she would apply to many parts of her life.

It was also during this time Jane learned the value of work, by taking a part time job at the local dime store. As a pre-teen she earned 50 cents an hour working after school and all day on Saturdays. Jane gave most of her earnings to her mother for household expenses. With what was left, Jane proudly boasted that she could “buy all my own clothes, gifts for my sisters and an occasional ticket to the movies.”

Jane never allowed her work responsibilities to effect her education, and she remained a top student in her classes at school. Jane also nurtured her spiritual side, and managed to find a ride for herself and her sisters to attend church faithfully.

Jane graduated from Manual Arts High School in June of 1952, and soon thereafter found work in the accounting department of a new company, IBM. It was there that one of her co-workers arranged a blind date with a handsome, young Armenian boy from Boston, Edward Samuelian, and as Jane said, “the rest is history.”

The couple married in Las Vegas, Nevada on March 3rd, 1956 and moved to a small home in La Habra, California where they would eventually welcome sons Steve and Mike, with Bobby soon to follow.

Family was always at the center of Jane’s heart, and she cultivated strong personal relationships with all its members. Al and Alice Martin (Ed’s brother-in-law and big sister), became Ed and Jane’s soul-mates. The foursome traveled together, celebrated together, and created life-long family memories for their posterity.

Jane was the perfect hostess, always welcoming with a smile and a hot meal. No gathering was complete without her signature rice pilaf, lentil bean soup, baklava or chocolate silk pie. Her rolls and chili were also legendary, each of those recipes being handed down from her Grandma “Oma”.

Jane was an active member of The Church of Jesus Christ of Latter-Day Saints, serving in the Young Women’s organization, Primary, and Relief Society. Jane loved to serve and was committed to the church and it’s members. Speaking of her membership in the church, she wrote, “I found peace of mind knowing without a doubt that this would be the direction my life would take.”

Jane and Edward were eventually sealed in the Los Angeles Temple on November 11th, 1965. In attendance were a handful of close friends and the couple’s three sons, who were sealed to them for time and all eternity. Baby brother Bobby, Jane recalls, “slept through the entire sealing.”

These were joyful times for the young family; with a lovely little home, great neighbors and a backyard the boys could play in. Of those days as a young mother, Jane wrote, “One of my greatest days was when I finally got my own car”. Life was simple and sweet.

As the years passed, Jane would throw herself into the raising of her family. She taught her boys to work, to love and serve the Lord and to have an unfailing testimony of the life and mission of Jesus Christ. These were her values; she taught them and she lived them. “I’m raising good husbands” Jane once told her sister. “They need to know how to work hard and love their Heavenly Father.”

Helping Jane raise her family were her two loving sister. These women were a constant in Jane’s life, with the boys referring to Bonnie and Kathy as their second mothers. Likewise, Aunt Janie was always a significant influence and presence in the lives of all her nieces and nephews. Everybody loved Aunt Janie.

The family eventually moved to Huntington Beach, California. “We all loved it immediately”, Jane recalled. “It was so fun to walk or ride our bikes to the beach.” It was there that the boys would finish out their high school years, with all three young men going on to serve full-time missions for the Church of Jesus Christ of Latter-Day Saints.

Once the boys were raised, Jane and Ed decided to serve a mission of their own, and were called to the Louisiana Baton Rouge Mission. In July, 1992 the couple drove their car from Dana Point to Louisiana, where they served faithfully for 18 months. Of her missionary experience, Jane wrote, “There is never a time when you can say the work is done, because there is always something to do…We are so grateful for this opportunity to serve and if we only had our family here, I think we would be happy to stay on an eternal mission.”

Two years after their joyful return to Southern California, Ed’s health began to deteriorate. Ed had struggled with cancer on and off for 17 years, and this time it was getting the best of him. On September 21st, 1996, after 40 years of marriage, Jane lost her sweet Ed. His passing left a void in Jane’s heart and life that would never be filled. Ed was dearly loved by Jane and has been severely missed by the entire Samuelian family since his passing.

Jane faced this challenge as she did everything in her life; she picked herself up and got busy serving.

She took a job as a secretary at Steve and Bob’s new business venture, Generations Healthcare, where she was a joy to all she encountered. To this day, people still ask about “Sweet Jane”.

“Prepare yourself to do missionary and temple work” Jane’s patriarchal blessing reads. “This is very important in the sight of your Heavenly Father.”

Jane took that counsel to heart, and in 2000 accepted the call to work as an ordinance worker in the San Diego temple. “The temple is a special place,” Jane said. “When you are there, you are working with and for angels.”

Then in May of 2002, Jane accepted the call to serve once again as a full-time missionary, as both she and her sister Bonnie were assigned to be Church History missionaries at the Church Headquarters in Salt Lake City. For a year, the sisters worked in the Genealogy Library. On her release, Jane’s Supervisor wrote, “You have been a joy to have and so solid and dependable and we will always remember you for your wonderful Carmel brownies.”

In her later years, Jane was able to travel the world, visiting Europe and the Hawaiian Islands. Of all her experiences in life, Jane enjoyed most spending one on one time with her 13 grandchildren, all of whom believed they were her favorite. Jane then experienced the joy of becoming a great grandmother…22 times!

In her later years, Jane was diagnosed with Parkinson’s disease, a motor disorder that leaves many completely disabled. Jane faced this diagnoses with the same courage and dignity she had displayed with every challenge in her life. She never complained and continued to live an active life, never letting obstacles become stumbling blocks.

In speaking of her boys, Jane wrote, “Heavenly Father has blessed my life in so many ways, but perhaps the choicest blessing has been to be the mother of three amazing and wonderful sons. Above all of their (my sons) many accomplishments, the thing I am most grateful for is their faithfulness, their testimony, their love of their Heavenly Father and the Savior, and their willingness to serve and bless the lives of others.”

Jane is survived by her three sons; Stephen Edward, Michael Richard and Robert Scott; their wonderful wives, Kristin, LuAnn, and Sherie; her loving sisters, Bonnie Beidleman and Kathy Harline; and her 13 grand children and 22 great grandchildren.