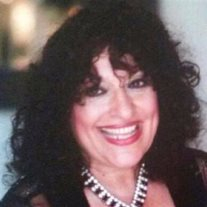 Janie Penderghast O’Reilly Briskorn was born in Chicago, Illinois on July 18, 1936 to John and Mary Mascari. Raised in St Louis for her first few years and Chicago for the remainder, Janie Mascari attended Providence High School where she graduated in 1954 and then on to Marquette University in Milwaukee Wisconsin from where she graduated with her BA in 1958. While in college, Janie was a member of Delta Zeta Sorority. Also at Marquette, Janie met and was married to Thomas Penderghast just after graduation in 1958. Janie and Tom Penderghast settled in Long Beach, California where Janie worked as a teacher at Saint Anthony’s High School. Moving to Huntington Beach in 1964, Janie continued to teach in the Garden Grove school district and work in creative writing, having written for children’s television shows including Sesame Street and Sheri Lewis.

Together, they were blessed with five children and married until 1980. While raising her family, Janie obtained her Masters Degree in Communications from Long Beach State.

The Penderghast Family were very active within the Parish of Saint Bonaventure Catholic Church in Huntington Beach and Janie spent much of her free time commentating fashion shows for the Parish as well as in local malls. In addition to teaching at Golden West College and Chapman College, Janie was also head of Religious Education at Saint Anne’s Catholic Church in Laguna Beach where she met Patrick O’Reilly whom she married in 1981. Together they had a very successful career in real estate. An accomplished, award winning writer, Janie published several books as well as screenplays. She led book clubs, bible studies and trips to the Holy Land including multiple treks to Medjugorje. Her passion included painting and decorating.

After the passing of Patrick O’Reilly in 2009, Janie fell in love with Leon ‘Lee’ Briskorn. Married in 2011, they enjoyed close to four blissful years together during their courtship and married life while traveling and working at First Team Real Estate. At the time of her passing, Janie was very active with the Coto de Caza Philharmonic.

Janie believed in family first and was such a bright light to everyone with whom she encountered. She was one of the most positive people on the planet, full of love and joy making everyone around her feel special. Heaven is so blessed to have this new angel, our precious Janie. She will live forever in our hearts.

The funeral will take place on Thursday, July 17, 10am at San Francisco Solano Catholic Church in Rancho Santa Margarita.