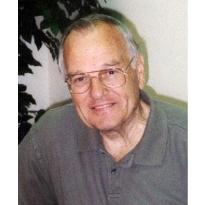 James William Faust was born September 13, 1930 in Minnesota and passed away peacefully, his wife Ann at his bedside, on January 4, 2010 in Lake Forest, CA after a long battle with Alzheimer’s. A retired attorney who worked for the County of San Bernardino as a Deputy District Attorney for 29 years, James attended the University of St. Thomas in Minnesota and served in the U.S. Air Force as a 1st Lieutenant some of the time in France before coming to California. How he loved planes and going to air shows. James first worked for Lockheed, later joining the D.A.’s office, attaining his law degree at Southwestern Law School.

James is survived by his wife Ann Feather Faust; daughter Joanna Peter Patten; son Gregory Faust; step-daughter Tracy Buckingham; step-son Paul Renee Feather; his dear brother Charles Helen Faust; 5 grandchildren, Monica, Sean, Whitney, Will and Jereme and his much loved nephews and nieces in Oregon and Minnesota. Jimmy will be remembered for his kindness and sense of humor. He was a gentle man, always a gentleman. He will be missed by his family, his many friends who in later years he referred to as ‘the folks,’ and especially his wife Ann, his wonderful caregivers, and dear Judy Leseth, a Minnesotan too, at the Circle of Friends at The Meeting Place in Laguna Niguel. She was always there for us, even and especially after Jim could no longer attend her program.

Services will be held later this year in Minnesota. Burial will be at Fort Snelling National Cemetery, Minneapolis, Minnesota.