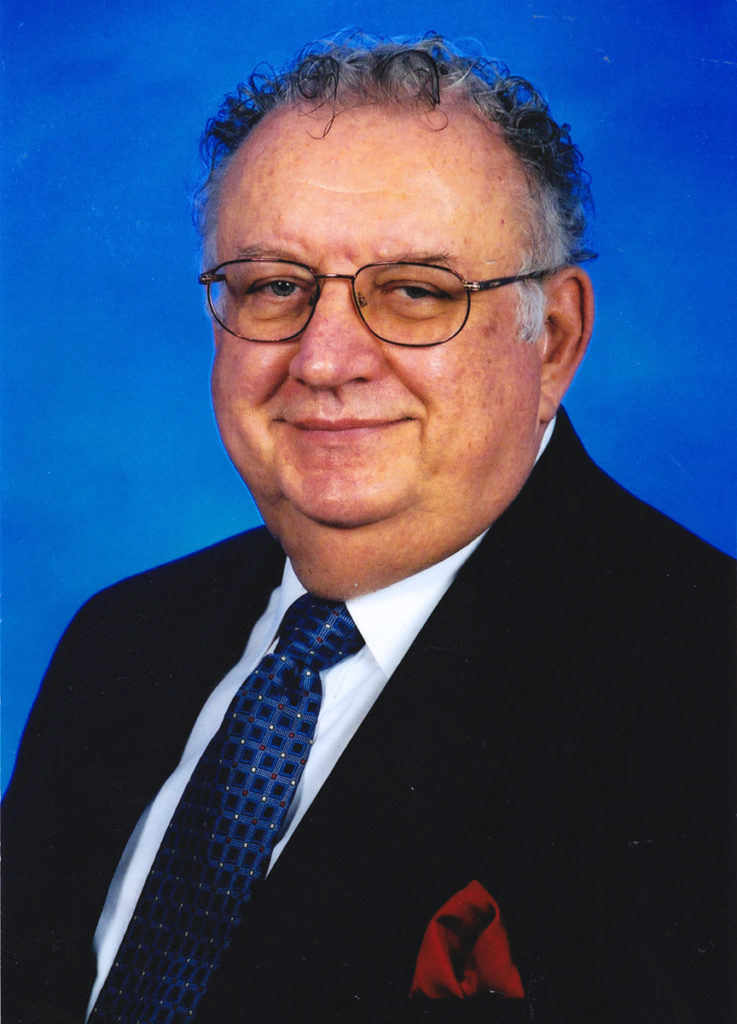 James (Jim) Thayer Kelley, Jr. of Newport Beach, CA went to be with the Lord on August 1, 2020.  He was born on June 18, 1938 to James and Kathryn Kelley in Connellsville, PA.  He carried his love and pride for Connellsville his entire life.

Though Jim excelled as a musician on the trombone and organ throughout his early life, he chose to pursue a career as an engineer and was accepted into the prestigious engineering program at General Motors Institute (now Kettering University). Jim married his high school sweetheart, Nora Springer, in 1961, in a ceremony at Penn State University, and Jim and Nora settled in the Detroit area. Jim began his career working at the General Motors Tech Center in Warren, MI and later became an integral part of the central engineering team at Ford Motor Company.  During these years, he achieved his dream of obtaining an MBA from the University of Michigan where he graduated with distinction in 1973.

While at Ford, Jim found his love of hotel construction and the hospitality industry.  His first large-scale project with the company was as a member of the construction and design team that transformed a parcel of land next to Ford headquarters in Dearborn, MI into a development that included the Fairlane Mall, a monorail, and the Hyatt Regency Dearborn.  His success with this project led to his appointment as Vice President of Development for the Hyatt Corporation in Chicago, IL.  As Jim became distinguished in the field, he was appointed by Donald Bren as the President of the hotel division of the Irvine Company and in 1985 Jim and his family moved to southern CA.  The biggest hesitation regarding the move west was giving up his 50-yard line tickets for Michigan Wolverine football.

After completing several hotels for the Irvine Company, highlighted by the opening of the Four Seasons hotel in Newport Beach, Jim founded his own full-service hospitality firm which launched the development of several large national and international properties as well as several golf course design projects in collaboration with Arnold Palmer, Robert Trent Jones, and Reese Jones. There are numerous hotels, golf courses, and residential developments throughout the world that have many of his unique design touches, architectural nuances, and personal imprints that will be enjoyed by many for generations to come.

Outside of work, Jim was an avid cook, reader, and enjoyed traveling the world with his friends and family.  Jim spent his fall Saturdays cheering on his Michigan Wolverines and was happiest when spending time with his son and wife.  He will be missed by all.

He is survived by his wife of 59 years, Honora (Nora); his son James Thayer Kelley, III of Baltimore, MD; his sister and brother-in-law Mary Kathryn and Samuel Alexander of Nellysford, VA; his nephew Brian Alexander and spouse Jeanie; his niece Amy Gilliland and spouse Ralph; five great nieces and nephews.

Due to the coronavirus pandemic, the family will hold private services at Our Lady Queen of Angels in Newport Beach, CA.  A celebration of life will be planned for a later date.  Memorial donations can be made to the University of Michigan, Ross School of Business.  Please make checks payable to University of Michigan mailed to the below address with the memo line: Ross School of Business, in Memory of Jim Kelley or donate here: https://donate.umich.edu/BwkmK