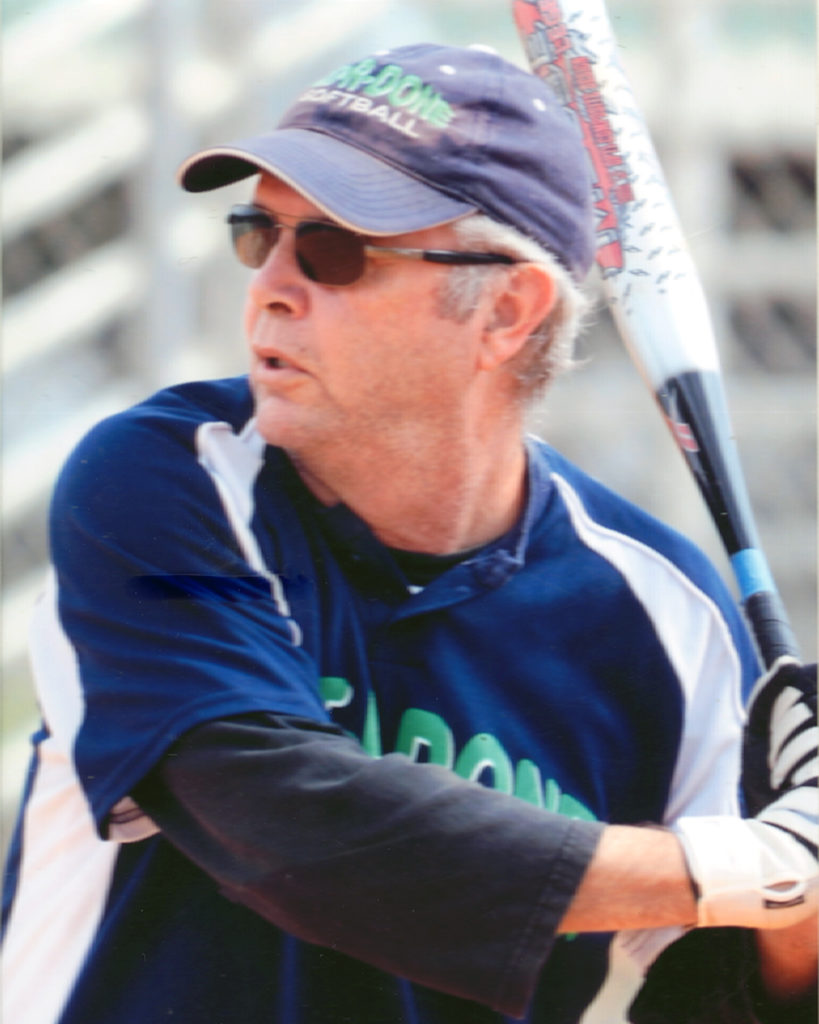 James R. MacFarlane (Jim), 69, known by family and friends as “Sandy”, passed away peacefully at home from natural causes in Irvine, CA on Monday, April 27, 2020, with his daughter by his side.

Jim was born in Detroit, MI on January 19, 1951, to Bob and Mary MacFarlane (both deceased). He grew up in Detroit with his brother Rick, spending summers in Sand Lake at his grandparents’ home and a lot of time at Tiger Stadium where their uncle played the organ for many years. He developed a love for baseball that lead to a life-long hobby of playing softball well into his senior years. Jim played on many different leagues including traveling leagues, tournaments and ending his career on his favorite senior team “git-r-done”!! He graduated from Osborn High School in Detroit in 1969.

One of the first cars he bought was a Barracuda, which was his favorite and he also loved riding motorcycles. His first job was working midnights as a stock boy at a grocery store in Detroit and retired in 2019 as a Computer Network Engineer in California.

A private visitation is being held on Sunday, May 3, 2020, for immediate family only. In lieu of flowers, memorial donations can be made to Crohn’s & Colitis Foundation (https://online.crohnscolitisfoundation.org) in support of Crohn’s Disease, which Jim battled for 50 years.