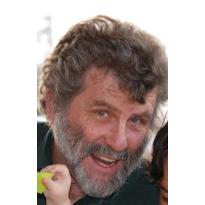 James Richard Jordan Sr. was born on December 22, 1944 in Beloit, Wisconsin. His mother, Marion Lois Brosnan and his father, Leo Anthony Jordan were married the year before. Jim became the first of six children. He is survived by his sister Jill Upton and by his four brothers, Mike, Dennis, Jerry, and Anthony. The family moved to California in the late 1940s while Leo served with the United States Navy. Jim excelled at school as well as sports like basketball and football. When he was 17 years old he joined the United States Army as a way to pay for college. He was stationed Korea, Germany and finally Ft. Hood, Texas, where he often traveled to the nearby town of Waco. There he met, fell in love with, and married his wife of 45 years, Severiana Castro. Jim and Sandy had their first child, DeAnna in 1965 and soon moved to be with his family in California. There they built their life and had two more children, James II and Maryjean. Jim became a school teacher in 1974. He worked for the Etiwanda School District for 31 years where he taught 8th grade and also coached basketball and football. He believed that he had a better chance at influencing his students if he coached them as well. After retiring in 2006, Jim decided to relocate to Mart, Texas. He purchased a 90 acre ranch where he raised cattle and farmed hay. He absolutely loved his new life there. James Richard Jordan Sr. left us at 4:50pm on January 8, 2009 after a brave battle with cancer. He will be missed dearly as a husband, father, grandfather, brother, friend, and teacher.