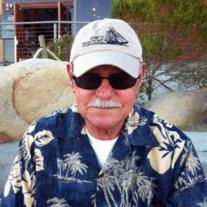 Ron Chastain, of San Clemente, California, passed away on May 5, 2012. He was 71 years old, born on November 14, 1940 in Gastonia, North Carolina to Lorene and Paul Chastain.

At age 18, Ron enlisted in the US Marines and served as a photographer until his Honorable Discharge in 1963. He met Patricia Quirk in 1960 while stationed at Camp Pendleton. Ron married Patricia in 1960. They divorced in 1975. In 1967, Pacific Industrial Supply Corporation of Santa Ana, California was formed with Erv Wright, Vern Leif, Bill Lyle and Ron. In 1994, Ron became the primary owner and President of Pacific Industrial Supply and remained in that position until his death.