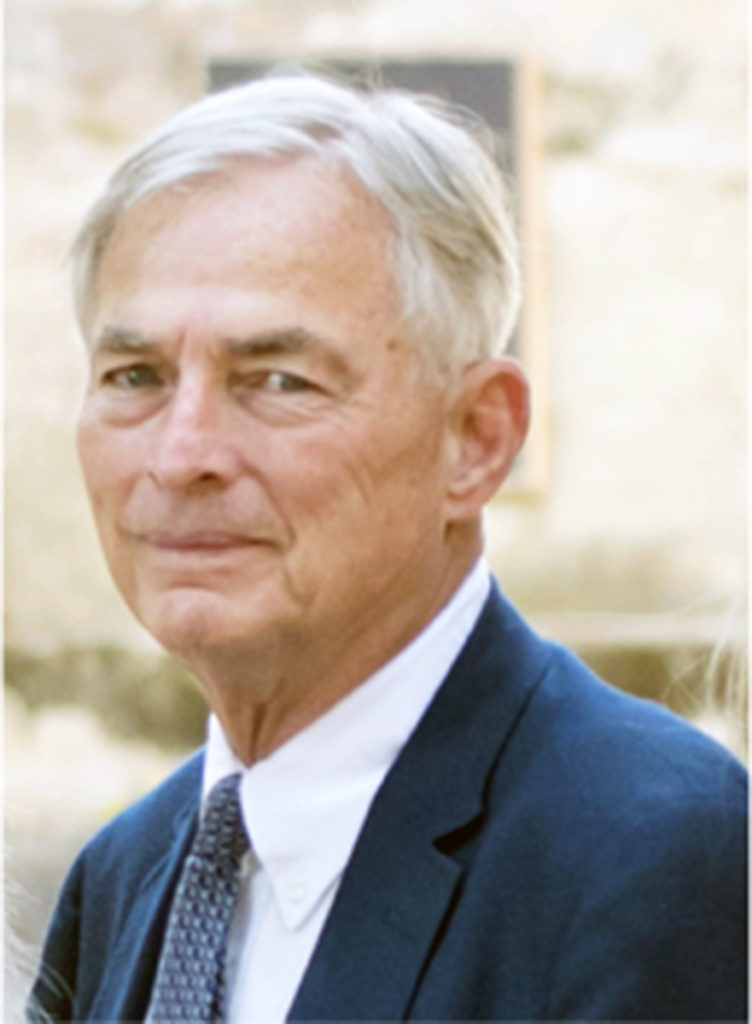 James Michael Redmond, age 76, a retired attorney and former Iowa State Senator, passed away peacefully at his home in Dana Point, California on Sunday, March 24th, after a battle with renal cell carcinoma.  He was surrounded by his loving family.  He is survived by his devoted wife Janice (Walker) Redmond of Dana Point, his three beautiful daughters Elizabeth (Christian) Gebauer of Los Angeles, Jamie Redmond and Janna Redmond of Dana Point, grandson Isaac Gebauer, sister Mary (Redmond) Agnew of Durango, Colorado, mother-in-law JoAnn (Favaro) Walker of Des Moines, Iowa, as well as an aunt and many nieces, nephews and cousins.

Jim was born on November 10, 1942 in Burlington, Iowa to Margrethe (LeMont) Hitchens and Edward Redmond.  He grew up in Cedar Rapids, Iowa where he graduated from Washington High School in 1960.  He received his Bachelor of Science in Chemical Engineering from Northwestern University in 1965 and spent the next 3 1/2 years on active naval duty serving as First Lieutenant and Gunnery officer on the USS Grant County (LST 1174).  Upon completion of his military service, he entered law school at the University of Iowa.  He earned his JD and passed the Iowa Bar in 1971, and then clerked for the Iowa Supreme Court in 1971-72.  He served the city of Cedar Rapids first as an assistant city attorney (1972-75) and then as an Iowa State Senator (1975-77).  His professional accomplishment of which he was perhaps the proudest was his role in establishing the Iowa Court of Appeals.  During his 48-year career, Jim practiced law in Iowa, Florida and California.

He continued to pursue cases on behalf of his clients until his illness forced him to retire in 2018 after practicing for 19 years in California.  Although he had a career of many accomplishments, his greatest pride was reserved for “his girls.”  During the late stages of his disease, he would insist on continuing to fight the cancer with every means possible, telling physicians that he was “fighting for the girls, the best time of my life!”

Around the SoCal dance world, he was designated the “Best Dance Dad Ever.” He knew every dancer at the studio where his twin daughters Jamie and Janna dance, as well as their families.  It was not out of the ordinary for him to secretly donate money for costumes or snacks to the kids who needed them, or to give pep talks to dancers off stage.  He could even be seen as an extra on stage with his girls.  School functions were no different: he was the volunteer dad at St. Edward’s Parish School.  A common sight was Mr. Redmond in a suit and tie precariously perched on a tiny chair in the classroom.

Jim was known for his integrity, intense curiosity and wit.  He was passionate about history, science, classical music, crossword puzzles and Harry Potter.  This man of character will be missed for his knowledge, his curiosity, his mind, his generosity and his kindness.

Jim was preceded in death by his mother Margrethe (Le Mont) Hitchens, his father Edward Redmond, his stepfather Raymond Hitchens, his brother John Redmond and his father-in-law Steve Walker.

Funeral services will be held at 11 a.m. on Tuesday, April 9, 2019 at St. Edward the Confessor Parish in Dana Point.  Burial service with military honors will be held on April 22, 2019 at the Miramar National Cemetery in San Diego.