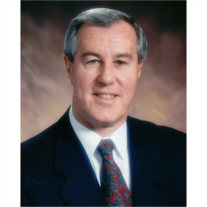 The Eulogy from Jim’s service

Thank you all for being here. I’m George, one of Jim’s little brothers. I’d like to say a few words about Jim, but before I begin, I would like express our appreciation for Creal and Annette. Saint Creal, as we often refer to her, and her daughter Annette, a living angel, are examples of the kindness and compassion that Jim always had for others.

Jim was the oldest of 9 kids, growing up in Jamaica Plain, a blue collar neighborhood in Boston, where there were plenty of opportunities to get into trouble. Jim somehow avoided the various pitfalls and potholes, or least was better than the rest of us at, not getting caught. He always seemed to suceed at everything he did. He was an altarboy, at a time when that was a real accomplishment. Latin was the language of the Mass in those days. He was also a proud member of the Boy Scout Drum & Bugle Corps and rose to assistant scoutmaster. But he was better known to the rest of us as the pain in the neck big brother who would babysit and scare the daylights out of us. Always the great story teller, mostly about weird half people/half monsters prowling the streets looking for blood, to get us in the scared mood, and then he’d sneak out, climb up to the roof and drag his fingernails across the screen of the room we were in, and turn us all into panicking wimps. It was his way of keeping us inside, and he had fun doing it.

Jim was a blessing to everyone who knew him. We couldn’t ask for a better role model. He was kind, generous, thoughtful, hardworking, positive, humble and smart. He was one of the most forgiving people I have ever met. I don’t think that I ever heard him say a bad word about anyone.
He had a great sense of humor. He loved to laugh and make others laugh. Even near the end, when he couldn’t do much else, he could still smile.

He always put family first. When he got his first car, a 1948. Studebaker, he thought of family first. At an age when most kids would be out with their friends, he spent most of his time with us, taking us out swimming at the lake in Sharon on summer nights. He could keep an old car running well, and taught us to do the same.

He loved photography. He was always there at family get togethers with his camera to capture and preserve our times together.

He was unselfish, always thinking of others first. When he was diagnosed with Parkinson’s disease, his 1st question was: ‘Is it hereditary?’ Another example of him thinking about others.

Eventually, we all learned to love and appreciate Jim. Realizing he was babysitting. Instead of chasing girls or playing sports with his peers, he was taking care of us, and he did it well. He did everything well. Always helpful and encouraging, quick to teach us whatever he was learning.

We’ll always remember Jim for the man he was….not so much the pain in the neck big brother but the helpful, kind, generous, thoughtful soul that he was. We are all saddened by his passing but relieved that his pain and suffering is finally over.