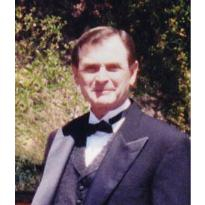 Clouse, James Lewis Jim, age 77, of Mission Viejo, passed away on February 4, 2011. Jim was born in Springfield Mo. on April 29, 1933. He retired in 2000 as an Aerospace Engineer having worked for the Douglas Aircraft, McDonnell Douglas, Rockwell and Boeing companies for a combined 45 years.

During the course of his illness, Jim was surrounded by many close friends, golf and car club buddies, Bible study and community friends. The family gratefully appreciates the amazing support and compassion passed on to him and our family during this time.

Jim will be missed dearly, but will remain in our hearts until we see each other again!