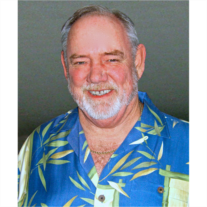 Jim Bowen, 69, of Irvine, California, a beloved husband, father and grandfather passed away on December 7, 2016. Jim died as the result of a heart attack. He was born April 23, 1947. His adoptive parents were Lauren and Harriett Bowen who took Jim home when he was three days old.

Jim was born in Des Moines, Iowa, and moved to Alhambra, California at the age of three. He attended grade school and high school in Alhambra, California. Jim played football at Alhambra High School and Los Angeles City College. After leaving LACC, Jim joined Security Pacific Bank where he rose to the position of Vice President of Finance managing the Automotive Dealers Center for the bank. He later joined Board Ford and Theodore Robbins Ford Leasing, utilizing his experience and contacts to grow their ever expanding financial needs.

Jim had a big heart. He worked as a volunteer with the Deacon Jones Scholarship Foundation, benefiting disadvantaged inner city youth. It did not take a lot for Jim to befriend you as long as you were trustworthy and loyal. He was a loving, husband, father and friend

A memorial mass will be celebrated Wednesday, December 14, 2016 at Saint John Neumann Catholic Church, 5101 Alton Parkway, Irvine, California, at 11:00 AM. In lieu of flowers, donations may be made in Jim’s name to Hoag Hospital Foundation.