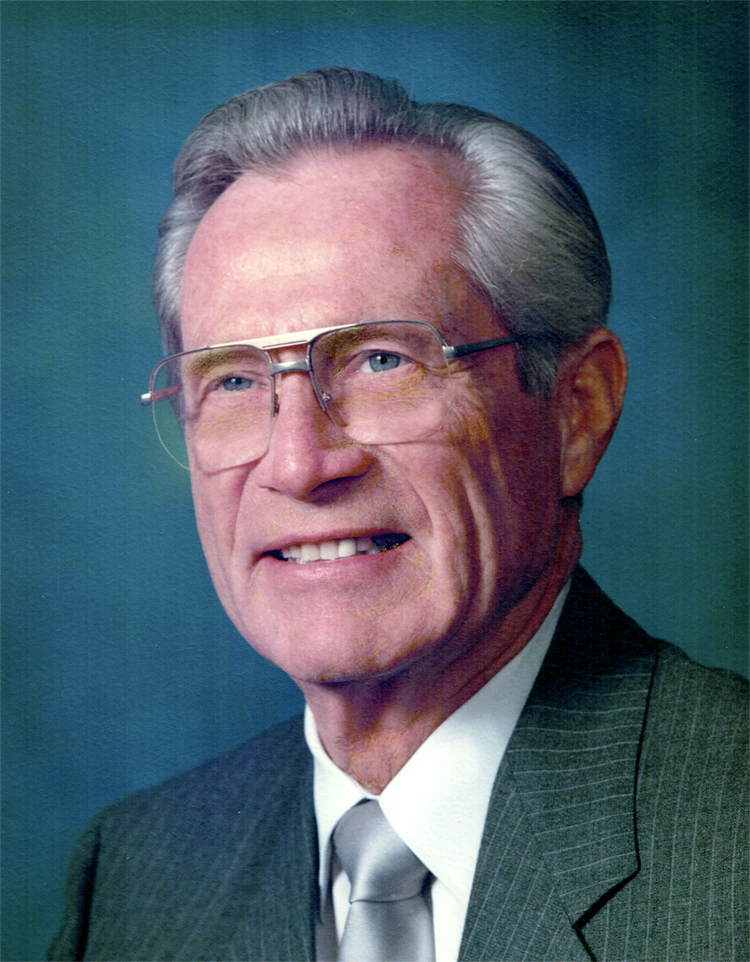 Jim Murray left us July 29th 2020 after a short illness at the age of 98.  Jim lived a long and large life. Jim was born in Pennsylvania, then his family moved to California where he attended Hanford High School and met Blanche, his lifetime sweetheart and wife of 69 years.

Married at 19, Jim worked as a foreman at Lockheed Aircraft for the war effort and returned there after serving in the Navy. Later he went into business with his family and co-founded Murray Manor in the Stanton Mansion in Anaheim. Murray Manor was one of the first shopping centers in Orange County and was a very successful family business for 20 years.  His career really took off when he started managing design centers for new home builders, first for the Mission Viejo Company where he retired as a Vice President.  Retirement was not his strong suit, so he was soon recruited by Baldwin Co. home builder for another 10 years. During those years he became a very significant figure in Orange County’s flooring industry serving as President of the Southern California Flooring Association and received many other industry awards. Some of his contemporaries even referred to him as a “Legend” in the industry.  At 75 years old, he retired and was recruited again to help a granite fabrication company sell counter tops to the home builders. Partnering with his son Tom, the Murray’s became the highest grossing counter top sales team in Orange County.

Jim had a fun-loving personality and enjoyed being around family and friends, playing golf, going to casinos and boating.  In fact Jim water and snow skied into his 90s.  Jim was also blessed with many friends and will be greatly missed.   Jim is survived by his sister Betty Jane Dunn, his daughter Carol Parker, his son Tom Murray, three grandchildren, Truman (Tap) Parker, Shellie Parker and Devin Murray, and three great grandchildren, Zakkary, Bradley and Zayne. We are so fortunate to have had this great man in our lives for such a long time.  In fact, reflecting on his own life Jim often said, “Would you believe, Almost Perfect” which was also the name of his boat.