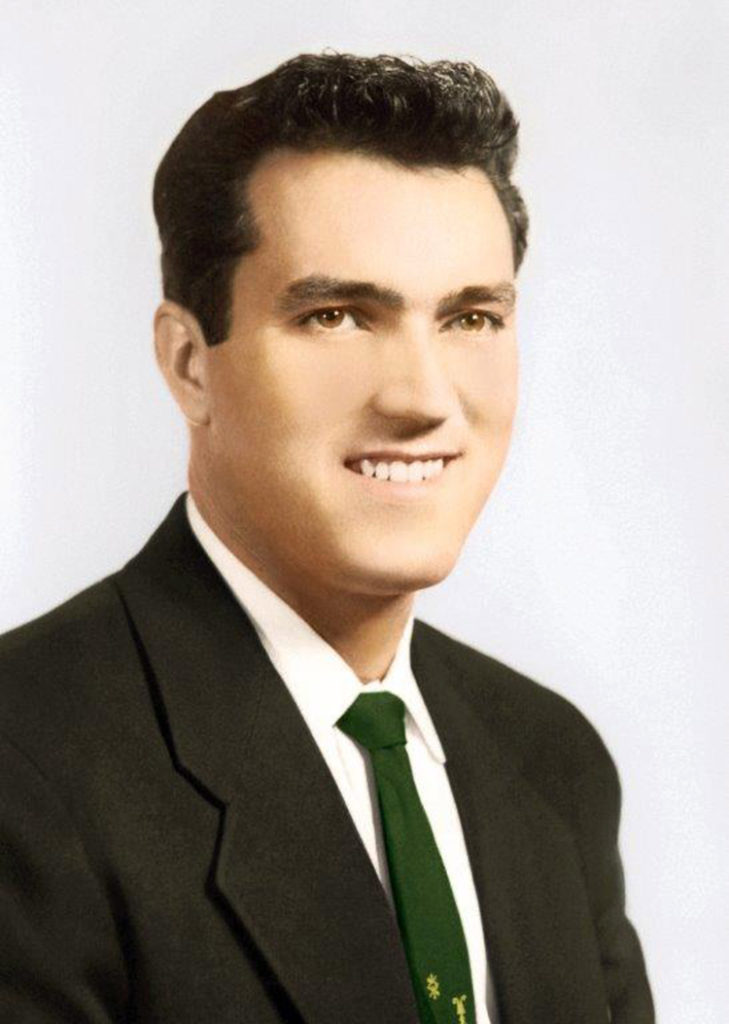 James was born at Misericordia Hospital in Philadelphia on September 12, 1931 and passed away at his home in Ladera Ranch on March 15, 2019. His parents were Carmela (nee Spagnuolo) of Philadelphia and Anino (James) Coletti, originally from San Donato, Val di Comino, Lazio, Italy.

James lived the first part of his life in Philadelphia, Wynnewood, Newtown Square and Broomall, Pennsylvania. He attended Overbrook High School and graduated with a B.S. in Mechanical Engineering from Drexel University.

James was a natural athlete who played semi-pro baseball, basketball and football in both high school and on a scholarship in college. He loved watching sports and was a lifelong fan of all Philadelphia teams. He was particularly thrilled to see the Eagles win the Super Bowl in 2018.

In 1980, James and Maureen relocated to Mission Viejo.

Although from humble beginnings, James had a brilliant mind which served him well in both his professional and personal lives. James excelled throughout his challenging and rewarding career in engineering, sales, marketing and executive leadership. The capstone on his career was his tenure as General Manager and Executive Vice President of Rosemount Analytical in Irvine, a division of Emerson Electric.

The ultimate family man, James was completely devoted to his wife and children. He was also the consummate handyman who kept busy with projects around the house his whole life” always the engineer seeking to make a better and more convenient home for his family.

James had a quick wit and loved jokes and storytelling. He could have a table of family or friends laughing in no time.

James and Maureen were fortunate to have traveled extensively in the United States and throughout the world for both business and pleasure. They enjoyed summers on St. James Place in Ocean City, New Jersey as well as trips and cruises to many parts of the United States, Canada, Mexico, Europe, South America and Asia.

He was also active in the Marple-Newtown community through Boy Scouts and the Knights of Columbus.

James had a quiet yet strong Catholic faith which sustained him throughout his life. Born into the Italian-American parish of Saint Donato in West Philadelphia, he was later a member of Saint Anastasia Parish in Newtown Square, Pennsylvania and St. Kilian Parish in Mission Viejo.

In addition to his two children, James is also survived by his grandsons Michael and Matthew Huntley of Laguna Niguel, his dear friend and neighbor Joan Minasalli, beloved cousin Angela (James) Hopes of Winter Park, Florida as well as many family and friends.

A “Gathering to Celebrate Jim” was held at the Remington 55+ community in Ladera Ranch on Tuesday, April 23, 2019.

A funeral mass will be offered at 10 AM on May 18, 2019 at St. Anastasia Church in Newtown Square, Pennsylvania. Rite of Committal will follow at SS. Peter and Paul Cemetery in Marple Township, Pennsylvania. Reception for family and friends following the burial.

In lieu of flowers, donations may be made to The Memorial Fund at St. Anastasia Church or to the American Heart, Lung, Cancer or Diabetes Societies.