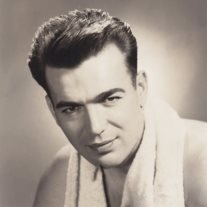 A Funeral Mass will be held at St. Kilian Catholic Church in Mission Viejo on Monday, August 4th, 2014 at 10:30am with a burial immediately following at Holy Sepulcher.

In lieu of flowers, donations may be made to Doctors without Borders.