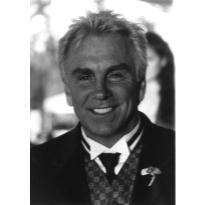 James Fulton Doll passed away in his home on February 26, 2011. Jim was a loving father, son, and brother. He was a proud veteran of the United States Marine Corps. He worked as a meatcutter, real estate agent and broker. His passions included: spending time at the beach, riding his chopper, and being surrounded by friends. He had a special place in his heart for family and was a kind and loving father and grandfather. His personality was larger than life and he was always in search of a new adventure. He is survived by his parents, John Doll Dorothy and Shirley Delehanty Robert as well as siblings Carolyn Pierini John, John Doll, Thomas Doll Connie, Mark Doll Aleida, Marianne Scott Kenny, and children James Doll Jennifer and Kristen Bellisario John. He will also be missed by his five grandchildren: Merrick, McKay, Olivia, Luca, and Evelyn along with several nieces and nephews. A private memorial service is being conducted in his honor.