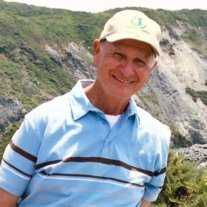 He was an avid pilot and a devout Catholic. He served during the Korean War and retired a Chief Petty Officer as a Navy Seabee. He also retired from the City of Irvine after a long civil engineering career.

Services will be held at San Francisco Solano Catholic Church on Nov 5 at 10 a.m. followed by the burial at 130 p.m. at Riverside National Cemetery.