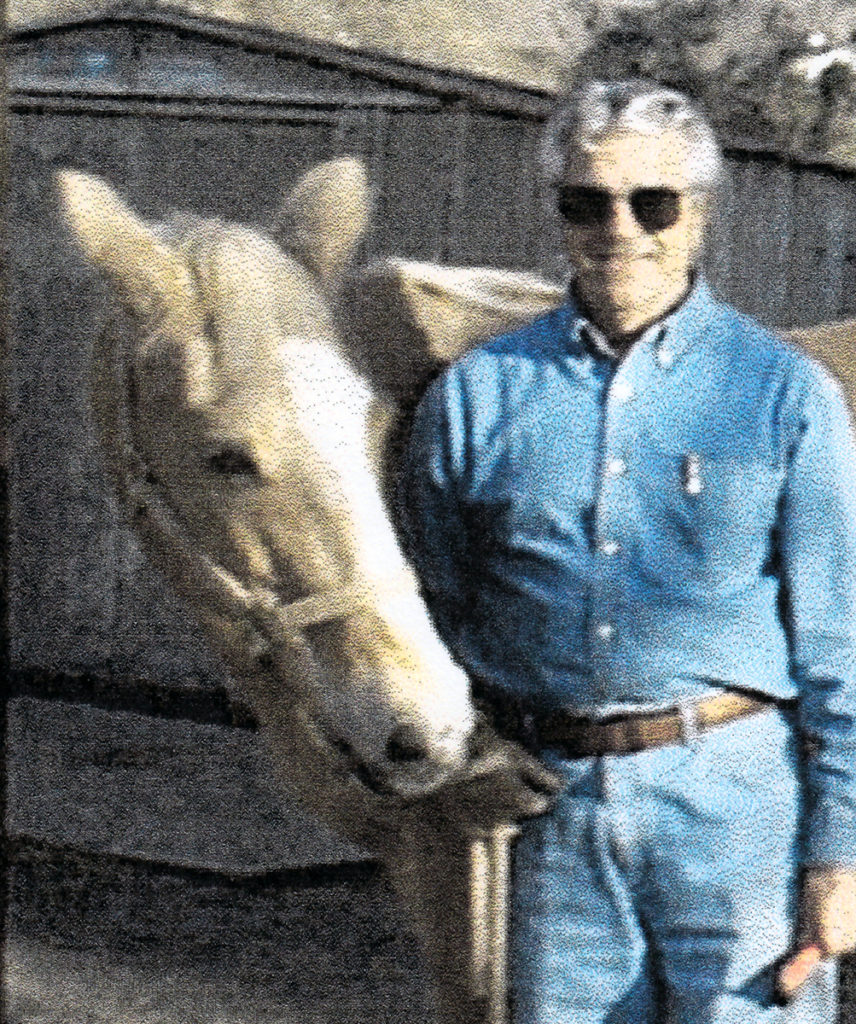 James E. Heim, ‘Jimmy or Dad’, was born by mid-wife to Carl and Jessie Heim in their home at 2340 Bush Street, Santa Ana, California on December 9, 1925. He passed peacefully in the early morning of June 2, 2019 at his home of 45 years in San Juan Capistrano, CA, one month and five days after his wife Carol, who passed prior. We three kids would like to think that Mom came herself to call on Dad to join her in a dazzling Heaven. There they are, free of their failing bodies, happily chatting and teasing one another as they did daily in life.

Jim was born to Carl and Jessie Heim. Carl Heim, born in December 25, 1880 and was from Cannelton, Indiana. Jessie Warren Heim was born October 30, 1886 and was from Chenault, Kentucky. They met, married, and decided “to move west”, settling in Santa Ana, CA.

As a boy, Jim was enrolled in St. Joseph’s Catholic School. He was brought up during the Great Depression, when there was no money. Jim’s dad was an attorney, and in one case all the client had to give for services rendered was a trained circus pony named Tony. Of course, this gave 10-year-old Jimmy great pleasure, as he would occasionally ride Tony to school, impressing the girls with Tony’s bow and stand. One of those girls was Carol Harvey. Jim and Carol also went to Santa Ana High School together.

Dad served in World War II in the Navy. When the war ended, he and Mom ran into each other again at the Santa Ana Air Force base, where Mom worked. Carol thought Jim was cute, Jim got a look at Carol’s legs. They started dating and married on May Day, 1949.

Jim started his career in Orange County after World War II as an apprentice Claims Officer for the Veterans Service and became the department head in 1962. He served that position until 1965 when he took the additional job of Public Guardian. He won the election in 1966 to the post of Public Administrator and served in all three capacities until 1971, when the Board of Supervisors combined the rolls of Public Guardian and Public Administrator into one major operation. Dad always prided himself as a local boy who came up the ranks to become a successful steward for the County in which he was raised. He retired in 1985, with over 40 years of service.

His hobbies included his love of horses, boating, fishing, BBQing and camping. He also loved to hunt, was a great shot, and made his own ammunition. His favorite horse was Dancer, a Quarter Horse-Arab mix. Dad had the head of the deer he shot off Dancer’s back preserved and hung it on the wall. We kids named the deer Rudolph and decorated it at Christmas. Dad became a licensed gun dealer and had a vast collection. He taught us how to shoot, load bullets, fish, BBQ, and dance the Balboa, Orange County’s take of the popular Jitter Bug.

Jim is survived by his three children and their spouses, Randall Allan and Cheryl Heim, Leslie and Chris Cory, and Geri and Michael Hughes.

Jim left 5 grandchildren: Shannon and Mike Doyle, and their children Jayden and Sawyer, Kevin and Alisha Cory, along with Taylor, Deborah, and Stuart Nealon, and a great assortment of cousins.

A funeral mass will be celebrated on Tuesday, June 18th at 10AM at the San Juan Capistrano Mission Basilica, followed by the interment of both he and Carol at Holy Sepulcher Cemetery in Orange, CA.

Dad lived a long, wonderful life, and was loved and respected by all who knew him. He will live on in our memories for being a loving father, a lover of nature, and having a corny sense of humor.