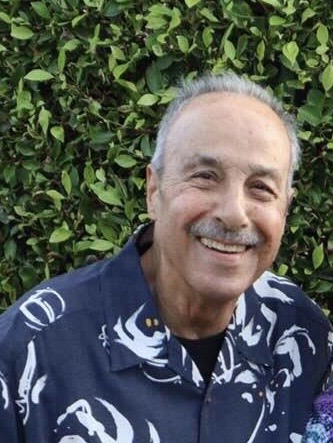 Celebrating the Life of Don Juge +

James Donald Juge was born in Louisiana on October 11, 1935 to Frank and Lilly Juge.

He had two sisters – Virginia who preceded him in death – and Diane.

The family moved to Southern California when he was 6 years old and settled around the Coliseum area.

He attended Nativity grammar school and lived next door to the convent and school.  His mother always volunteered him to do chores for the Sisters and he even mowed their lawn.

He then attended Mount Carmel all boys High School and from there he went to Loyola University where he graduated with a degree in Engineering.  He was also in the ROTC at Loyola where he graduated as a 2nd Lieutenant in the Air Force.

He met Carol, the Love of his life, in 1954 and they were married in 1956 while he was still in college. He graduated college with two children, Tere & Dean.  He went to work for the State of California in the Bridge Dept. (later being known as CALTRANS).

After nine months he took a leave of absence to fulfill his military obligation.

He moved his family to Laredo, Texas, his first assignment, where his daughter, Lisa, was born. From there he was sent remote to Alaska for one year at the time of the Cuban Crisis.  Coming home he returned to his job at CALTRANS where he worked for 37+ years.

The family moved to Garden Grove, where they joined St. Polycarp in 1965. He was one of the founding volunteers for the 1st fiesta, was an officer in the Men’s Council, a founding member of the Knights of Columbus, and was retreat captain and co-captain for Mater Dolorosa.

Don loved people. He loved to hug and to smile. He just loved. He loved his God most of all and spread that love to all he met.

He loved fishing and camping especially with the family and grandchildren and several times with friends. He really enjoyed his fishing with his Grandson, Jonathan and “brother” in law Woody.

He loved his wife, Carol, of 64 years with all his heart and he loved ALL of his family more than words can express.

I leave you with a letter written by a family member ,.

“While I have always been referred to as my favorite son-in-law, I really have felt the same as a son would feel.  I looked up to my Dad.

I wanted to achieve things in life and make my Dad proud.  I wanted my Dad to be a fantastic Papa.  I looked to my Dad as Man of Integrity.

I loved to joke with my Dad.  I learned how to maintain cars from my Dad.   I saw Dand and how he treated his wife, and I wanted to do as

He did.  I watched Dad speak proudly of his marriage as the years ticked by, and I wanted to do the same.  I went camping with my Dad and

Now it’s my favorite thing.  My Dad loved road trips, and so do I.  Family is central to my Dad’s world, and it is to mine as well.  My children all 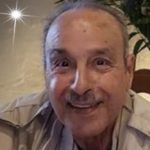