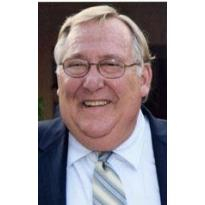 He is survived by his brother, Rick Warren and his sister, Chaundel Holladay.

Born in Shawnee, Oklahoma on July 12, 1947 to Jimmy and Dot Warren, the family soon moved to California where Jim grew up in the San Francisco Bay Area. Their move to Golden Gate Seminary in 1961 began a forty-two year stay for Jim in Mill Valley. He graduated from Tamalpais High School and then started a career in banking with MasterCharge. While working he attended and graduated San Francisco State University with a degree in business. His skills with computer technologies and finance served him well in his work for a number of financial institutions, including the Federal Reserve Bank. During the 1980’s he took a ?break? from his work in finance to manage the Burns Security division in San Francisco. During this time, he also worked on weekends for the SF 49ers. When the team called on Burns for advice on security for Joe Montana when headed to their first Super Bowl, Jim took the assignment seriously and provided the security himself. This grew into an eleven-year relationship with the 49ers in which Jim was Joe’s personal security for every game at home or away. On the super bowl highlights playing on TV this week, Jim can regularly be seen running beside Joe as he leaves the field victoriously. In 2003 Jim moved to Orange County to be closer to his family. He also became involved in Saddleback Church, where his brother Rick is the founding pastor. He led a small group and was involved in mission trips to Argentina and to help the flood victims following Katrina. Jim was a strong man with a gentle heart and a giving spirit who will be missed by his friends and family.