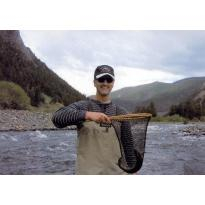 Born in Cambridge Massachusetts, Jim graduated from St. Dominic Savio in 1979 and later from U. Mass/Boston in 1985. Jim was a former 1st Lt. in the Marine Corps stationed at the El Toro Marine Base until April 1990. After obtaining his MBA at UC Irvine in 1996, Jim worked at Allergan as a Director for Third Party Manufacturing and Logistics. Jim will be forever remembered as a wonderful husband and son who loved going to the gym, working around the house, and spending time outdoors with his wife and 2 dogs.

Jim is survived by his wife, Stephanie and his parents, Charles and Doris Brown of Rancho Santa Margarita, CA.