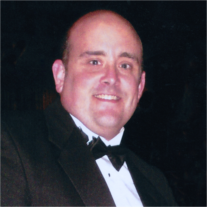 James Bernard Hamel passed away on June 6, 2017 in Mission Viejo, CA after suffering a traumatic brain hemorrhage. He was born in Saratoga, CA on November 12, 1974 to Jane Seeger Hamel and the late Arthur Bernard Hamel Jr., both of whom met and wed in San Francisco, CA.

Jim was a brilliant auto journalist and lover of all animals, especially dogs and his beloved rescue Boxers.

His love of cars started at an early age collecting Matchbox and Hot Wheels cars and took hold as a Service Advisor for Ford Motor Corporation. Jim lived most of his adult life in the car capital of the world, Southern California, where he took his love of automobiles from a passion to a fulfilling career as a Freelance Auto Journalist.  Each week Jim would get an opportunity to test drive a different car, truck or SUV from a multitude of auto manufacturers.  He wrote in his unique and often humorous voice reviews of what he had experienced during a weeklong test of different driving conditions. He wrote for Autobytel, iSeeCars, GayWheels, WhyThisRide, Honda Examiner, and Volkswagen Examiner.  James was also the founder of his own website: InfotainmentExperts.com.

In addition, Jim enjoyed countless opportunities to put cars through their paces at many race tracks and numerous off-road events sponsored by the Motor Press Guild. Jim was invited to full membership in this exclusive auto journalism and media group.  Jim could often be found at major car shows as well as manufacturer’s new car launches.  Honda invited Jim to fly to Japan with their U.S. executives and PR staff to tour their manufacturing facilities, attend the Tokyo Auto Show and test new models at the famous Twin Ring Motegi track.

Jim found his greatest purpose and fulfillment in rescuing Boxer dogs. From the old to the injured, he loved them as unconditionally as they loved him back. Jim struggled most of his life with depression and those Boxers gave him hope and a reason to get up, live life and pursue his emotional outlet – writing. Jim’s vessel may have had flaws, but his heart was pure and true and he was loved by all for his generous spirit, larger-than-life laugh and giving heart.

The family asks that any donations be made in Jim’s name to Boxer Rescue Los Angeles, http://boxer-rescue-la.com/JamesHamel.html

1 responses to James B. Hamel