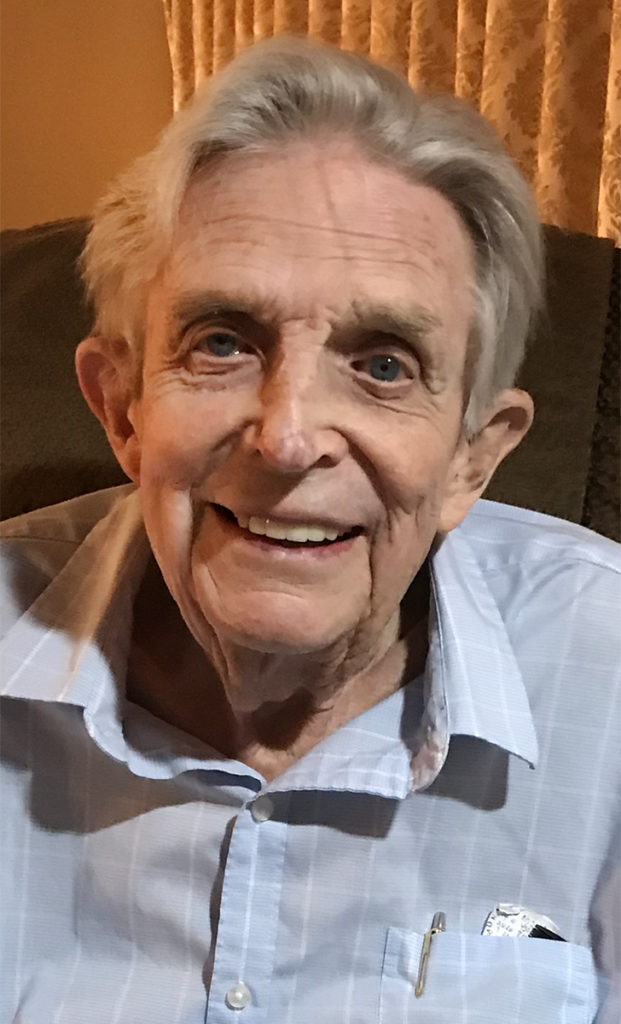 James A. Zarbock entered into eternal rest on May 5, 2020, after an extended illness. A son, a brother, a hard worker, a husband, a father and a grandfather ” James, known as Jim, devoted himself to his parents until their passing. He dearly loved his brother, whom he lost in World War II. He was pre-deceased by his parents and foster brother.

Jim was an amazing provider and extraordinary salesman. He was a success at everything he sold, starting with ads in church bulletins and moved up from there. At one point, his territory spanned several states, and one company he worked for couldn’t keep up with his sales of their product. He loved to be on the road making calls. He had a true gift of gab and a great strategy for building sales in a territory.

Above all, Jim was a family man. He and his wife welcomed five children into the world. He is survived by his wife, children, and grandchildren and numerous extended family and close friends. Family vacations and being around family brought him great joy.

Jim belonged to numerous organizations, including Toastmasters, Knights of Columbus, Boy Scouts (as a troop leader), and his college fraternity. He was a man of deep Catholic faith who attended morning mass daily for many years.

An avid artist, his many paintings adorn the family home. While waiting for service at restaurants, he often sketched a family member on a napkin or placemat. A singular achievement was providing illustrations for booklets about Mission San Juan Capistrano written by Father Raymond C. Kammerer.

Jim enjoyed driving, bike riding, dancing, telling jokes, photography, traveling, the ocean, and family celebrations. He was an outstanding handyman who tackled all sorts of tasks around the home. He had an indomitable spirit that makes his passing somewhat surprising. It seemed he would go on forever. He will be sorely missed.

May the road rise to meet you.
May the wind be always at your back.
May the sun shine warm upon your face.
And rains fall soft upon your fields.
And until we meet again,
May God hold you in the hollow of His hand.
” Irish Blessing

14 responses to James A. Zarbock