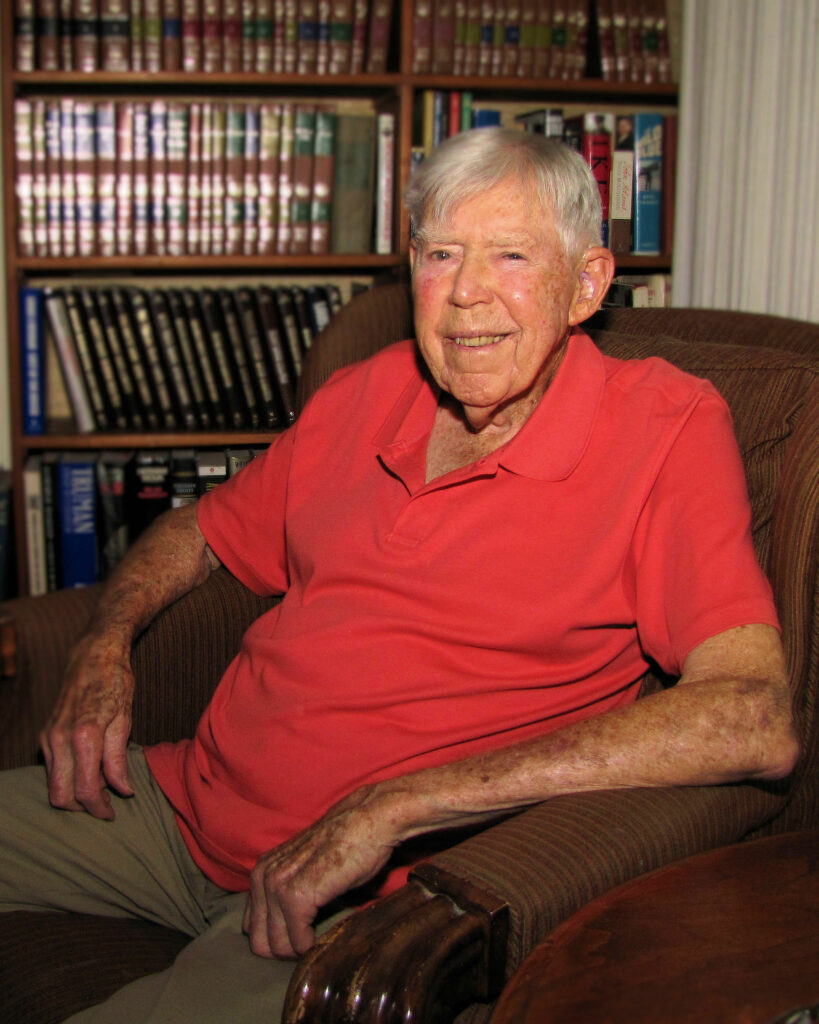 Sally and John broke up soon after Jack was born, and he only met his father a few times. Jack was raised by his hard-working mother, Sally, and sometimes by her parents that lived in Lake Geneva, Wisconsin. Jack had fond memories of his grandparents and he was a caregiver for his grandfather, Hemming Hultgren, at the end of Hemming’s life.

After his stint as an ice cream salesman, Jack and his friend, Willie, traveled around the countryside fixing radios for farm families. During this time, Jack lived with his brother, Dave, his sister-in-law, Doris, and their wonderful daughter, Carol. Carol was one of the great joys of Jack’s life and he remembered her with great affection throughout his life.

In mid 1941, war with Germany seemed inevitable and on June 9, 1941, Jack enlisted in the Army Air Corps. He began his army career as a private, then quickly rose to the rank of Sergeant and headed radio repair depots in Australia and Fiji. He received a commendation for his service under fire on the Fiji Islands. Jack attended Officer Candidate School near the end of the war. When the war ended, he had the option to remain in the service as an officer. Jack chose to return to civilian life.

On December 8, 1943, Jack married Hilda Worrall who was the sister of his brother’s wife, Doris. Jack and Hilda lived with Hilda’s mother when they first married. Jack did not remember this time fondly. About a year later, Jack and Hilda bought a house in Los Angeles. During this time, Jack began his job as a television repairman with Bollinger’s television shop.

David Michael Kirkeby, Jack and Hilda’s first son was born in 1949. Around 1950, Jack went to work for Northrop in Hawthorne, California as a technician and as an inspector, an extension of his journey that began with fixing radios in his youth. In 1951, Jack and Hilda welcomed their younger son, Robert Steven Kirkeby, into the world.

Jack and Hilda participated in many Casta del Sol activities. Jack was president of the fishing club for a few years, a leader of the bridge club and a member of the golf and bowling clubs. In 1988, he hit a hole-in-one on the Casta del Sol Golf Course (now known as the Oso Creek Golf Course). He maintained plots in the garden club where he grew food that he shared with his neighbors. Jack and Hilda traveled quite a bit during this time including trips to Europe and a road trip around the US in 1984. They also planned social events for Casta del Sol during its early days before the rec center opened.

Hilda died in 1999 from Parkinson’s. Jack lovingly cared for Hilda in her final years.

Three years later, Jack met Priscilla “Pril” Kendall Worcester. Jack and Pril married in 2003. They shared an active life together. Jack wrote three books during this time and Pril edited them using her experience as an English major and librarian. Pril and Jack took many trips together including one to Europe and one to Wyoming as part of the research for one of Jack’s books. Jack ran a poker game for his friends for several years during this time. Jack wrote an autobiography that he finished in 2021.

Around the time Jack turned 104, he began to need a great deal of care. The Kirkeby family will never be able to adequately express their great gratitude to Pril who cared for Jack during this time.

Jack cherished Pril’s children and grandchildren. They were a much-loved addition to his family. 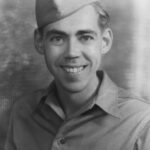