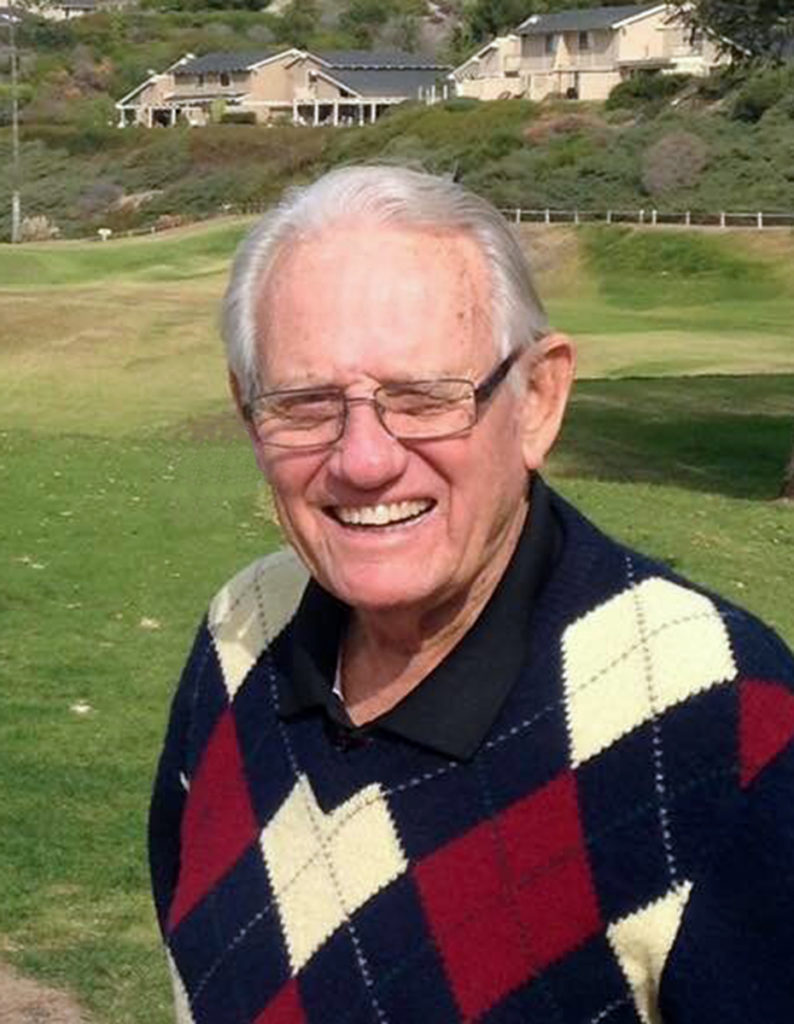 Jack was an avid outdoorsman who loved to fish, golf, and play tennis. Jack married his high school sweetheart, Virginia Wilson. They lived in Monterey Park, California, where they had two children, Sallie and Scott, before moving to the beautiful beach community of San Clemente in the late 50’s. Jack started his career by opening a laundromat called the Wash House on El Camino Real. Jack was also a skilled butcher, working at Vic’s Market in Dana Point for over 15 years. He also owned the Tackle Box bait shop at the San Clemente Pier where he taught his son Scott to fish and love the ocean. You could always count on a hot cribbage game going on in the backroom.

“Quiet Jack” always had a smile on his face and a story to tell. Jack and Ginny loved to travel. In their retired years, they traveled the country in their Airstream trailer. Jack also loved the beach. He and Ginny were regular fixtures at T Street beach every weekend during the summer with their close friends, the “Beach Bunch” gang. In his later years, Jack enjoyed spending time with his grandchildren and great-grandchildren.

When Jack lost his beloved wife Ginny, he would go to Del Mar every day and visit his friends at Cafe Calypso. He affectionately became known as “Downtown Jack”.