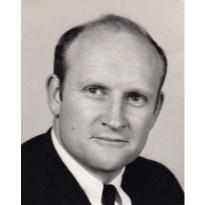 Jack Raymomd Dooley, age 80, passed away on March 9, 2011. Jack was born in Chicago, Illinois on August 26, 1930 to Raymond and Madeline Dooley. His family moved to Santa Ana, CA in 1940. Upon graduating from Cal Poly San Luis Obispo in 1952, Jack married his high school sweetheart, Choylene Eaton. Jack worked for The Goodyear Tire and Rubber Co. for 33 years. In 1965 he joined the International Division of Goodyear and lived and worked in Sydney, Australia; Sweden; England; Scotland; and Brazil. In 1984 an automobile accident left him with a brain injury and he resided in Lake Forest Nursing Home until his passing.

Services will be held at O’Connor Mortuary in Laguna Hills on March 12th.In lieu of flowers please send donations to the National Foundation for Abused Neglected Children in his memory