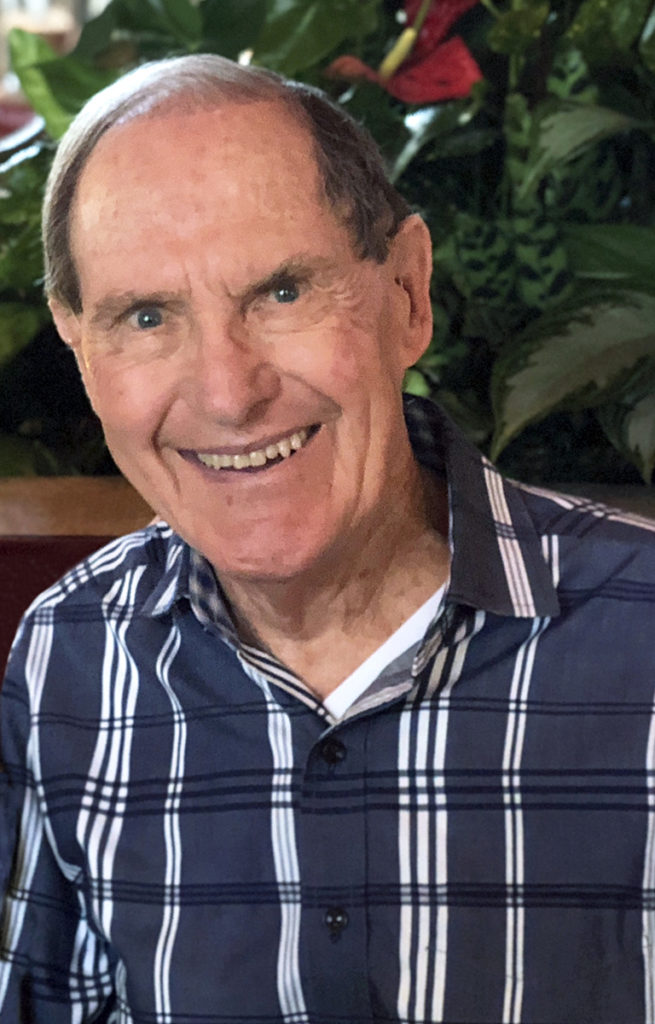 Jack was born April 10, 1927 in Elk Point, South Dakota. His family moved to Glendale, CA in 1939. He attended Cathedral High School in Los Angeles and remained close to his high school friends all his life.

He enlisted in the US Navy on December 26, 1944 during his high school senior year. He boxed on the Navy team in the lightweight division – The Naval newspaper aptly called him “Jack Crevier- Small But Mighty”.

Jack earned his BS degree in Electrical Engineering at the University of California at Berkeley in 1950. He married Jill Pizzuti during his junior year on February 5, 1949.

In 1958, he started his own business, a consulting electrical engineering firm” J.D. Crevier and Associates, Inc., in Burbank, CA.

Volunteer work was important to him. This included activities at Our Lady Queen of Angels Parish in Newport Beach:  the Annual Blood Drive, Thanksgiving and Christmas Adopt A Family, and especially SPIN, Serving People in Need.

Jack is survived by his sweetheart of 70 years, Jill, and his 6 children –  Mary Sabatasso, Cathy Charboneau, Eileen Gross, Charleen Garcia, John Crevier, and Laurie Hughes. He was blessed with 17 loving grandchildren and 17 great grandchildren. Jack’s best times were swimming and body surfing and skiing with his grandchildren.