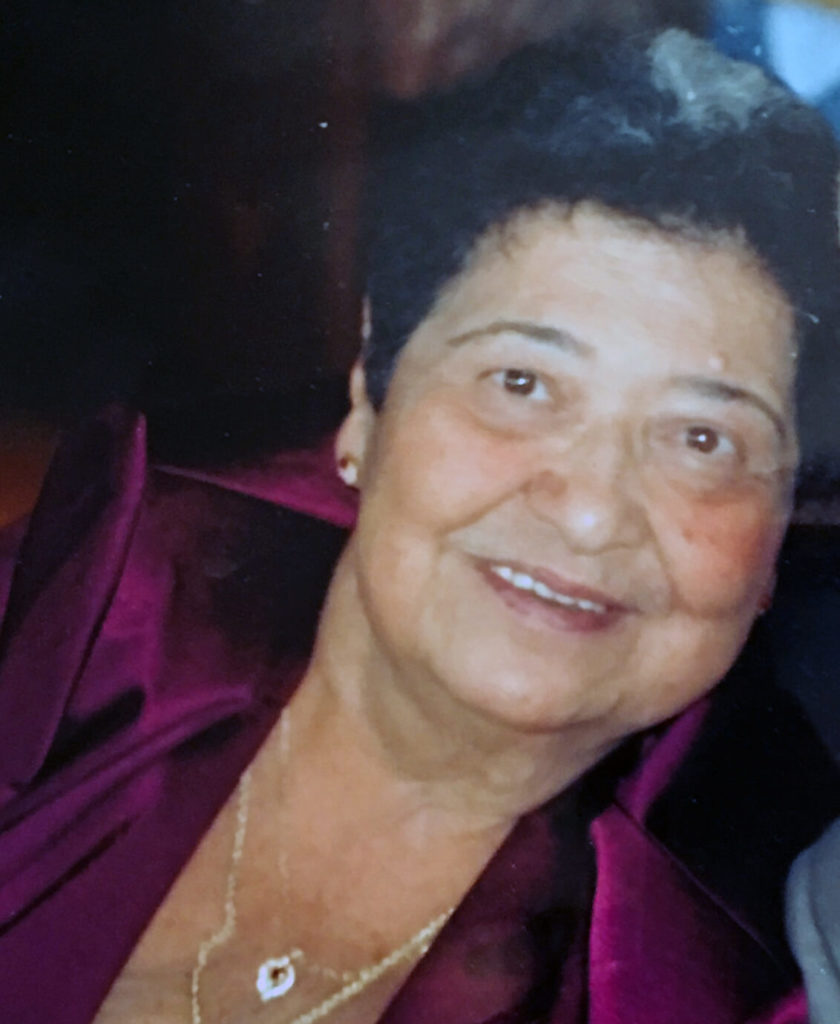 Irene (Roussos) Harbilas was born in 1941 in Valtetsi, Tripoli Greece. Irene passed away peacefully at home in Laguna Woods surrounded by her family on February 9, 2018.

Irene grew up in a small village in Greece herding sheep and harvesting olives. She married Christos via an arranged marriage which lasted more than 50 years! She doted on her husband and loved him dearly.

Irene immigrated to Boston in 1969 and raised three children, Spiro, Costa and Stacy.  She owned a pizza restaurant for many years and worked very hard. She moved to California in 2001 to be with her son and daughter and enjoy the warmer climate. “Yiayia” (Grandmother in Greek) made shopping for sales a sport and continued to cook to ensure her freezer was full ‘just in case of company’.  She had fun reading Greek coffee cups for her friends and family and knitting blankets for her grandchildren. In her final years, despite her numerous health problems, she continued to attend church and enjoyed spending time with her grandkids. Yiayia Irene will always be remembered for her kind soul, gregarious personality and generosity.