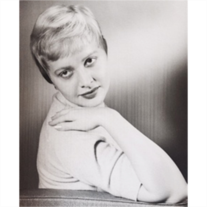 Irena (Renee) Kurasiewicz Mickle passed away on August 7, 2016, in the presence of her children and husband after suffering from Alzheimer’s for several years.

Renee was born in North Tonawanda, New York, on January 3, 1935, to Adam and Charlotte Kurasiewicz.  She graduated from the University of Buffalo with a BS in Nursing, after which she became a Navy Nurse, serving initially at St. Albans Naval Hospital and then Balboa Naval Hospital.

While serving at Balboa Naval Hospital, she met and married her husband, then LTJG William McEwen Mickle.  Soon thereafter, she left the Navy and devoted herself to being a full time Navy wife and mother.  In this role, she led her family through numerous moves to New London, CT; Charleston, SC; Washington, DC Metropolitan Area; Norfolk, VA; Pearl Harbor, HI; Naples, Italy; and Santiago, Chile.  She later lived in Wheaton, IL and finally in Orange County, CA.

In addition to serving as a nurse in Charleston, Washington, and Santiago, Renee was a consummate actress, appearing in numerous Little Theater productions in Charleston, Naples, and Santiago.  She also appeared and sang on a weekly radio show in Santiago.  While in Santiago and pursuing her longstanding love of horses, she took up riding and performed in frequent competitions, winning a number of awards in dressage.  Being very adept at learning languages, she taught at Berlitz upon her return from Chile.  Other passions included gardening and animals, to which she devoted much time and treasure.

Renee is survived by her husband of 57 years; her sons William of Aurora, CO and Richard of Reston, VA; daughter Kathryn of Evanston, IL; grandchildren William, Anne, and David; brother Adam Kurasiewicz and nephew Jason, both of Wheaton, IL.

A reception will be held at 1:00 PM on Thursday, August 11, 2016, at O’Connor Mortuary, 25301 Alicia Parkway, Laguna Hills, CA 92653. A memorial mass will be held in Northern Virginia and inurnment, including military honors, will follow at the US Naval Academy, Annapolis, MD, both dates to be determined.  In lieu of flowers, donations to your favorite pet charity would be appreciated.