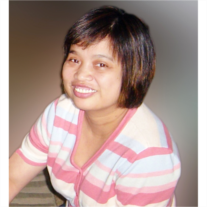 Imelda grew up in metro Manila, Philippines and graduated from Mapua University with a Bachelor’s Degree in Chemical Engineering. She had a distinguished and progressive career while working with textile testing companies in metro Manila, Indonesia and Singapore. She immigrated to the United States in 2001 and worked as an analytical chemist and subsequently as a California-licensed Clinical Laboratory Scientist (Clinical Scientist). She loved to shop. She also enjoyed being a loving wife, aunt and grandmother.

Imelda is survived by her husband Nestor Acedera and many other family. Imelda loved deep and supported us all that we set out to do. Her love, endless support, determination and decisive ability to know what she wants will greatly be missed.

A Catholic Mass will be held for Imelda at San Francisco Solano Catholic Church, 22082 Antonio Parkway, Rancho Santa Margarita, CA 92688 onMonday, October 24, 2016 at 10:00AM. Flowers, sympathy cards and donations are appreciated and should be sent to O’Connor Mortuary.