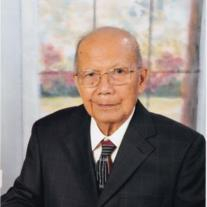 Mr. Lin Hsi Hong was born in Miaoli, Taiwan, in February 7th, 1929, son of professor Mr. Lin Yun Lin and Mrs. Lin Chiu Pin Mei. He had 8 brothers and sisters. He was formed as civil engineer, at the most prestigious school of engineer in Taiwan, at Tainan University. In his brilliant career, he is specialized in the project and execution of roads and highways across Taiwan and also in Brazil.

He was the first pioneer in the project and execution of The Central Cross-Island Highway (中部橫貫公路) or Provincial Highway No.8, that is the one of three highway systems that connect the west coast with the east of Taiwan. The construction of the Central Cross-Island Highway began on July 7, 1956 and was first opened to traffic on May 9, 1960. Mr. Lin dedicated his early career life in this marvelous project. In 1972, all family immigrated to Sao Paulo Brazil, and Mr. Lin continued his career as sponsor of projects of one of the latest highway performed in Sao Paulo, Rodovia dos Bandeirantes, in the State of Sao Paulo.

Since 1999, Mr. Lin and Mrs. Lucia Lin retired and moved to California, USA, and then became American citizen. The all family enjoyed their lives, travelling around the world, and visited several US states and other countries as Australia, New Zealand, Canada, Brazil, Europe and Taiwan. Mr. Lin died in October 13th, 2014.