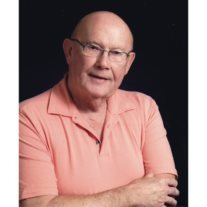 He was born in Omaha, Nebraska to Frieda and George Wiese on September 11, 1930. Howard graduated from Tech High School in Omaha in 1948. He served in the Korean War. In 1956, he married Doris Hoffert-Hansen. Together, they raised their son, Steven R. Hansen. Howard was a devoted employee of the J.C. Penney Co. for 46 years and held a variety of positions.

After he retired from Penney’s in 1990, he worked for Sverdrup Engineering and later for Jacobs Engineering in Irvine, California. Howard also served on the boards of Southern California HCSC Club and the National HCSC Foundation- both are organizations for retired Penney’s managers.

Howard was a long-time member of Abiding Savior Lutheran Church in El Toro, California and served as an elder for many years.

Howard is survived by his son and daughter-in-law, Steven and Ann Hansen of Forsyth, MO and his sister, Karen Houfek of Prague, NE.

Interment will be in Eagle, Colorado at a later date. Memorials may be sent to St. Jude’s Children’s Hospitals.