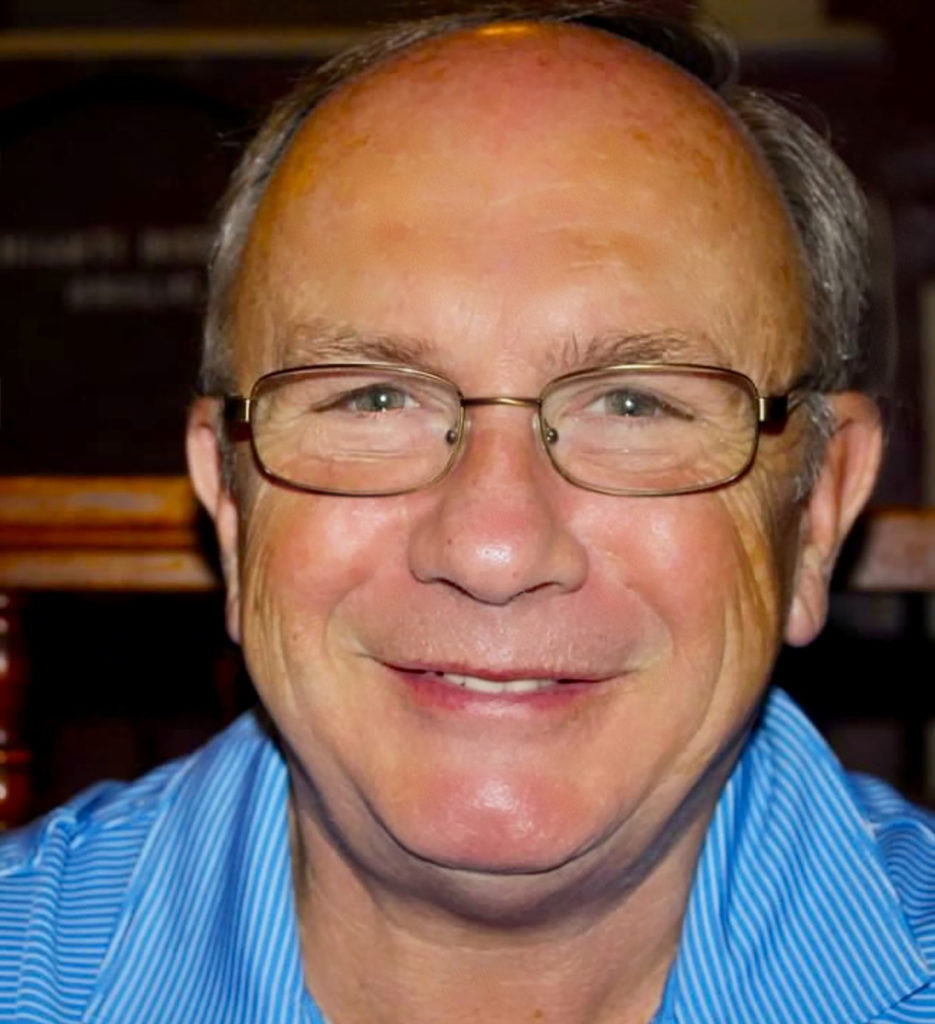 Howard Smith peacefully entered eternal life surrounded by his loved ones on February 27, 2022.  Howard was born in Pennsylvania on October 26, 1946, and lived a purposeful life for 75 years.  He served his country with distinction as a  military police Sergeant in the USMC. His responsibilities included patrol of Camp Pendleton’s northern area during the Nixon presidency. Howard always had a great story to tell about the Western White House when President Nixon was in town.

Upon conclusion of his military service, Howard remained in California where his first job was as a security supervisor at a department store.  This is where he met Sharon and their love story of 45 years began.  His love for his country was shadowed only by his devotion to his family.  Howard is survived by his wife of 40 years, Sharon, daughter and son-in-law, Megan and Michael Heredia, and the light of his life, his granddaughter, Madison. Howard cherished his role as a father and papa and especially treasured his time with his Megan, Mike and Maddie.

He is also survived by two sisters, Barbara and Carol and a half-sister Dorcas along with his sister-in-law Kathleen Taylor, her husband, Warren, niece Audra and her husband Mohan. Howard will be missed by countless nieces, nephews, grand-nieces and grand-nephews. His love for his extended family was demonstrated many times as he cared for several family members as their health declined.  Additionally, he is survived by his loved three children from a previous marriage, Scarlet, Daniel and Tami.

During his 15-year tenure at Home Depot, Howard served as a Department Manager and was part of several opening teams that brought Home Depot stores to California. Although a significant work injury ended his work career early at 53, he turned lemons into lemonade. After a long recovery, he became Mr. Mom to Megan and supported Sharon in her busy career.

He was talented in so many ways – especially as a chef and as a skilled handyman. A jack-of-all-trades, Howard enjoyed designing and managing home renovations for his family and was quick to lend a helping hand to all his neighbors. As a self-taught chef, thanks to the Food Channel and a certification from the Laguna Culinary Center, the family often benefitted from his cooking mastery, and they enjoyed many of the incredible new recipes he crafted after his almost daily conversations regarding preparation with the Laguna Niguel Whole Foods team.

Additionally, Howard played golf, typically with his brother-in-law and when not in the kitchen, could be found in the bowling alley with his bowling buddies especially for Thursday League Play and weekend tournaments. One of his most cherished possessions was his 298-bowling ring although he was too humble to mention the accomplishment to anyone.

A funeral mass will be held on Saturday, March 26, 2022 at 10am at the Mission Basilica located at 31520 Camino Capistrano, San Juan Capistrano, CA. Lunch will be served immediately following mass with burial services beginning at 2pm at the Ascension Cemetery located at 24754 Trabuco Road, Lake Forest, CA. In lieu of flowers, the family would be honored if you would consider a donation in Howard Smith’s memory to the Music Ministry at Mission Basilica at the address above or  Providence Mission Hospital Foundation at (https://supportmissionhospital.org).