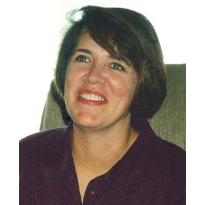 Our beloved wife, mother, daughter and sister Holly, passed away at home in Ladera Ranch, CA after a three-year battle with cancer with family at her side. Holly is survived by her husband of 20 years, Bill; daughters Marielle and Madison; parents Wally and Virginia Hogan; brothers Terry and Kevin Hogan and sister, Lisa Hogan.

Holly was born in Dayton, OH and lived in Kettering where she graduated from Fairmont East High School in 1979, and went on to graduate from the University of Dayton with a BS in Biology in 1984 and Wright State University in 1985 with a Medical Technology certification. Holly also received an MBA from Pepperdine in 1997. Holly’s education led her to laboratory work in Cincinnati and out to California for a career in medical and pharmaceutical sales. Holly was an exemplary performer and received many accolades and top performer awards from companies such as Alexon, Johnson and Johnson, Connetics Corp, and Stiefel Labs. Holly enjoyed spending time with her family and taking vacations together. She had a love of horses and dogs, especially Beatrice and Abby.

A memorial service is planned on June 6 at Holy Trinity Church in Ladera Ranch at 1230. In lieu of flower donations, please contribute to the fight against cancer at www.cancer.org. Holly was known for her generous and loving heart, and willingness to help others. We will remember her for her courage and tenacity in life and will greatly miss her.