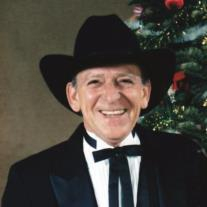 Herman passed away peacefully in his sleep at the age of 80 years young, due to Cardiopulmonary arrest. He was born in East Woodstock, CT to Irving Mowry and Irene Coderre.

Herman proudly served in the U.S. Navy during the Korean War interpreting Morse code and teaching English. He was stationed in Washington, Guam and Japan. When he returned home, he met and married his first wife, Priscilla, and while raising their family, moved back and forth across the country when employment took him to new management opportunities in plastics manufacturing.

During a hospitalization, he met his second wife, Dorothy. They were married in a double ceremony, with his youngest sister, on his mother’s birthday, 25 years ago. Their years together have been devoted to each other, their families and friends, at countless events and celebrations.

Herman enjoyed learning new things. His sharp mind and quick wit entertained anyone close enough to hear his stories. He looked forward to lively conversations on any topic and would not hesitate to share his opinion.

Herman found pleasure in many interests and hobbies, including sailing, golfing, skiing, dancing, bird watching, and vicariously living through his grandchildren’s lives to keep up his youthful spirit.

In addition to his wife Dorothy, Herman leaves behind his children, Elizabeth Weaver, Jo-Ann Day (Steven), Bruce Mowry (Patti), grandchildren, Braden and Ryan Ouellet; his brothers Irving Jr. and Warren, his sisters, Irene, June and Eleanor; his stepchildren, Lyn, Mark, Sharon, Annette, Doreen and Jan and their spouses, children and grandchildren, and not to be forgotten, his beloved dog Rufus.

Herman is predeceased by his daughter Kim and sister, Evelyn.

In lieu of flowers, the family suggests donations be made in Herman’s memory to a Veterans organization or the Elk’s Lodge, Mission Viejo.