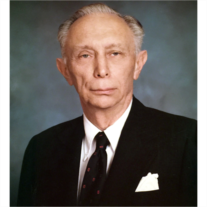 Herbert was an inspirational man. Born in 1917, he lived almost an entire century before his unexpected passing on February 15, 2017. Born and raised in New York City, he earned a bachelor’s degree from NYU in Accounting. He moved to Providence, RI before enlisting in the U.S. Coast Guard in 1941. He married Ada Schwartz in 1942 and completed his military service in 1945. The couple had a daughter, Roslyn, before relocating to Southern California for his work with Alexander Grant and Co, where he was partner.

After retiring in 1977, he continued to stay active in local government and public service. Some of his work included founding the Friends of the Library Foundation of Orange County, becoming a director of the Orange County American Red Cross, as well as a member of the Orange County Chamber of Commerce. In addition, Herbert served the County of Orange on behalf of the office of the Fifth District Supervisor as a member of the Assessment Appeals Board, Senior Citizens Advisory Council, Orange County Historical Commission, and Coastal Greenbelt Authority. Most recently, he also served at the state level as a Senior Assembly Member, including as a past Chairman, of the California Senior Legislature.

Herbert was also well known for the symposiums he organized in collaboration with UCI Mind, espousing the benefits of playing the game of Bridge as a means for seniors to circumvent the onset of Alzheimer’s and dementia.

Herbert was a wealth of information and enjoyed engaging in conversation with others, as he attributed his longevity to remaining relevant and active in local affairs.

The Orange County Board of Supervisors adjourned its meeting of February 28 in memory of Herbert and collectively signed an Adjournment in Memoriam to be presented to his family.

Herbert will long be remembered as an intelligent, kind and hardworking man who cared deeply for his family, friends and loved ones. He will be tremendously missed.

He is survived by his daughter – Roslyn; and his grandchildren – Lara, Brandon and Nicole.