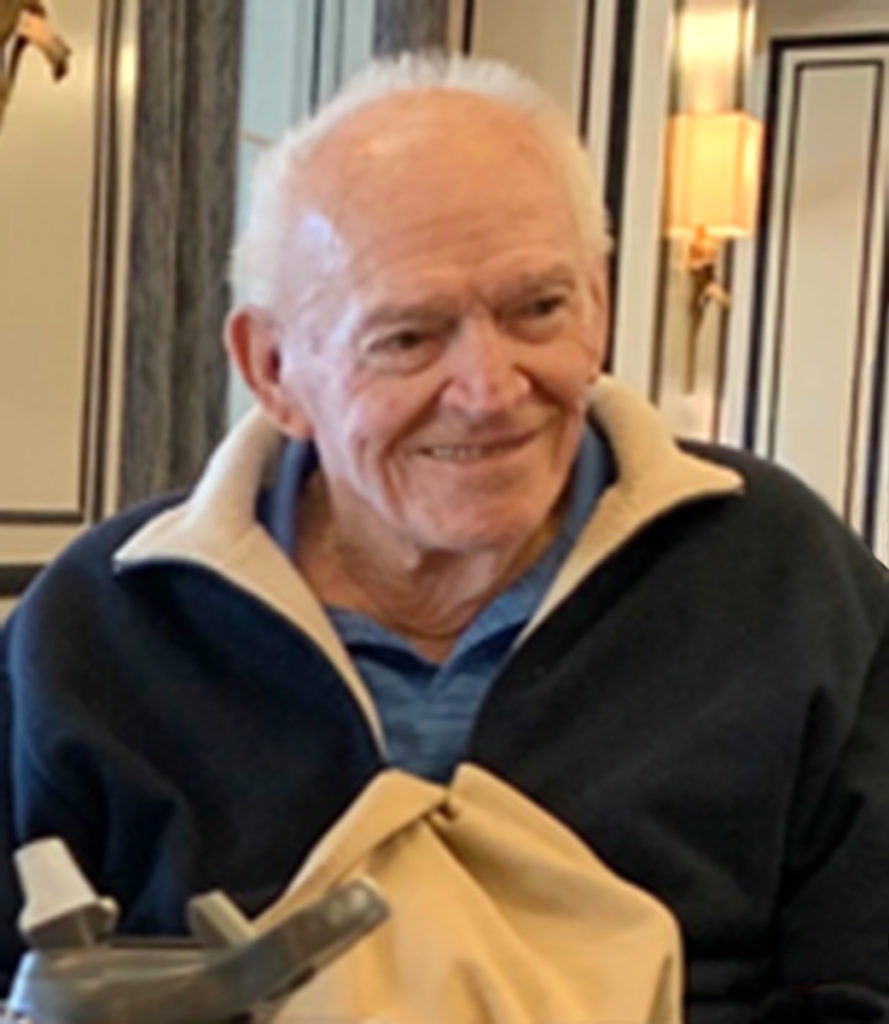 Herbert Becklund died peacefully in his sleep, February 18, 2020 at his home at The Wellington, in Laguna Hills California, two weeks after his 101th birthday.

Herb was born February 4, 1919 in Mineral, Washington. He was the first child of Ernest and Evelyn Becklund and later had two brothers, Hilding and Cliff.  His parents were born and raised in Northern Sweden and immigrated to the U.S. in 1917. He spoke only Swedish until he started school.  He started in a one room school house and later attended several different high schools before attending the University of Washington. He wasn’t able to finish college because he joined the Army and was sent to New Orleans for Officers’ Candidate School. Herb met his wife, Eleanor at a dance sponsored by the Army Base. Eleanor was a chaperone for a bus load of young single women. They were married in New Orleans when Herb had gotten his orders to report to the Pacific Front of World War II. Once on the West Coast, Herb’s orders were changed. and he was transferred to the Oakland Naval Shipyard. He was made responsible for the Recreation Programs for the sailors who were building ships for the War.  Herb sent for his bride to join him in California but since military housing was scarce, Herb bought a surplus PT boat as a home for his young family.

After finishing his military service, he, Eleanor, Kristen and Susan moved to Cloverdale, California, and later returned to New Orleans where they had their third daughter, Janet.

Herb worked as a salesman selling windows in New Orleans.  The next move was to Gonzales, Texas. He was hired to be the Superintendent of a Brick Plant which had been unable to make a profit. Herb and Eleanor’s fourth baby girl, Gail Ingrid was born in Gonzales.  Herb moved his family back to New Orleans again after several years of running a small business almost single-handedly.   Herb and Eleanor were active in the St. Charles Avenue Christian Church. He sold industrial flooring for Stonehard Company during the week and swimming pools on the weekends. Herb and Eleanor were blessed with their son, Jimmy, born in New Orleans. Herb became very successful as a salesman, and was promoted by Stonehard to be given the Western States as a new territory. The Becklund Family moved to California, where they lived and thrived in the San Fernando Valley. All of the Becklund Girls graduated from Granada Hills High School, earned their Bachelor Degrees and each was married.

Herb then founded his own flooring company, Cal Floor and Lining, which was a tremendous amount of work but was very successful.  Through all of these years Herb continued to serve as a Reserve Officer in the Army. He went to classes, meetings and Camp every Summer. He served with the Army Reserves for almost 30 years retiring at the rank of Lt. Col.

As time passed, he had more time to enjoy sailing, fishing and flying his own twin engine airplane. Herb and Eleanor both enjoyed flying and sailing, working together in their company’s office and dancing with the California Twirlers, a square dance club. They were always active in their family church and traveled to destinations near and far. Eleanor was tragically diagnosed with early onset Alzheimer’s before they were able to enjoy retirement and grandchildren.

He was married to Margaret Skilling for 20 years. She passed 5 years ago.

He believed in the importance of family, honesty, and hard work.  Herb had five children, six grandchildren and six (plus one) great-grandchildren. Herb loved his family, extended family and friends and always wanted to hear their news and offer his advice. He was extremely proud of his Swedish Heritage and of the close connections with so many of our Swedish relatives.  He enjoyed fishing, travel, reading, watching basketball, car races and golf tournaments on TV. His favorite foods were apple pie, fresh fish, and Swedish meatballs. He had collections of knives, cameras, tools, and appliances. He enjoyed sharing his vast knowledge and wisdom with his family and friends. He was blessed with a loving family, many dear long- time friends as well as many phenomenal caregivers and doctors.

Herb moved to Orange County to The Wellington where he met his very special, sweet love, Virginia, “Sunshine” (The nickname that Herb gave to her). She brought such joy and happiness to his life.  They could often be seen laughing, holding hands, and smiling at each other for all their meals until his last day. 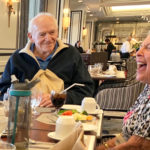