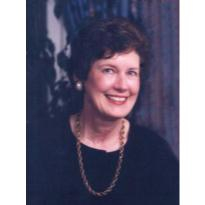 Dolores was born on January 26, 1933 in Los Angeles, California. She was the third child, and only daughter, born to Anna and John Kraus and was a source of great joy to her family. Her childhood was filled with many family gatherings in her home, camping and other adventures with her parents, brothers and cousins, and visits to her parents’ native Germany. She graduated from Immaculate Heart High School and Woodbury College. She married Hal Joanning in 1957 and left her job as an assistant to a senior executive at a brokerage firm when it came time to stay home and raise a family. Dolores and Hal made their home in Alhambra, California until 1972, when the family relocated to Corona del Mar. She took great joy in being a wife, mother and grandmother, and was happy to be involved as a volunteer at Sherman Gardens and a member of OASIS and the Newport Hills Garden Club. She delighted in watching the ocean, caring for infants on joining a gathering of friends or family including an infant, she would somehow be holding that child within five minutes–no matter whose child it was!, was an elegant hostess, a loyal friend and a beloved mother.

She was diagnosed with Parkinson’s and multiple myeloma in the years after her husband’s death in 2003 and valiantly persevered through each phase of her afflictions without complaint. She enjoyed daily Mass at the chapel on Balboa Island for many years and delighted in the music at Our Lady Queen of Angels, especially at Christmas and Easter. She finally yielded to the complications of pneumonia on December 29, 2010 at Hoag Hospital in Newport Beach. Dolores is preceded in death by her parents, her brother Norman and her beloved husband Hal, and is survived by her four children, Teresa Farrell, Donna Budman, Anne-Marie Alex and John Joanning, her seven grandchildren, Katie, Beth and Edward Farrell, Claire and Christopher Alex and Bradley and Brooke Budman, her three sons-in-law Michael Farrell, Courtland Alex and Steve Budman and her brother Walter Kraus.