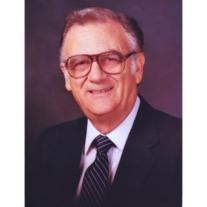 Harry was born in Detroit, Michigan on August 18, 1923. He was born Graziano Taormina and was given the nickname “Harry” which stuck with him throughout life. He was the youngest son of John and Frances Taormina. His parents were Italian immigrants from Balestrate, Italy. After coming into Ellis Island, the Taorminas settled in Detroit, Michigan. When Harry was 6 years old, his parents moved their five children (Matthew, Patrina, Katie, Jasper and Harry) to Huntington Park, California.

Harry attended South Gate High School, where he was very active in sports. He was on the track team and was a star running back of the football team. In 1943, he enlisted in the United States Army. He was in the 12th unit of the Air Force, and flew 43 missions over Northern Italy, and the Adriatic Coast. In August of 1945, he was notified of the death of his oldest brother Matthew. Matthew was serving in the Philippines at the time. Harry was given permission from his commanding officer to leave immediately and he flew home in his B-25 bomber. He journeyed from Italy to North Africa, West Africa to Ascension Island, Brazil to Georgetown, and Puerto Rico to Savanna Georgia. This trip took him 8 days to complete. After he returned home, the war ended, and Harry was discharged from the service.

On a trip back to Michigan to visit friends and relatives, he met and fell in love with Frances Billardello. They were married in May of 1948. Harry often said, “it was the best day of my life.” In 1951, their son John was born, and 3 years later their daughter Teri was born.

Harry had several occupations during his life. He was an ambulance driver for a short time, a fire fighter, and a carpenter. He worked for State Farm Insurance Company as an agent for 41 years. He retired in 1995 at the age of 72.

After his retirement, Harry designed and built their dream home in Laguna Niguel. This was a big move for both of them after living in Downey for 47 years. In just a short time, they became very involved in the church community of Corpus Christi. They met a lot of wonderful people who later became very close friends, including their pastor, Father Fred.

Harry had a variety of hobbies and activities. He loved the game of golf and played a couple of times a week. He also enjoyed woodworking, writing, playing cards with friends, and watching football. He especially loved when his favorite college team, USC, was on the field. He also enjoyed sharing a nice Italian dinner of pasta and meatballs with family and friends. Harry was happiest when he had his entire family around the dinner table.

Harry passed away on December 4, 2012 in his home in Laguna Niguel. He was 89 years old. He is survived by his wife Frances Taormina and his two children, John Taormina and Teri Ferlisi, his six grandchildren (Michelle, Lindsey, Anne, Christine, Joseph, and Alysia), and three great-grandchildren (Brianna, Sarah, and Andrew). He will be missed but will always be in the hearts of those who loved him.