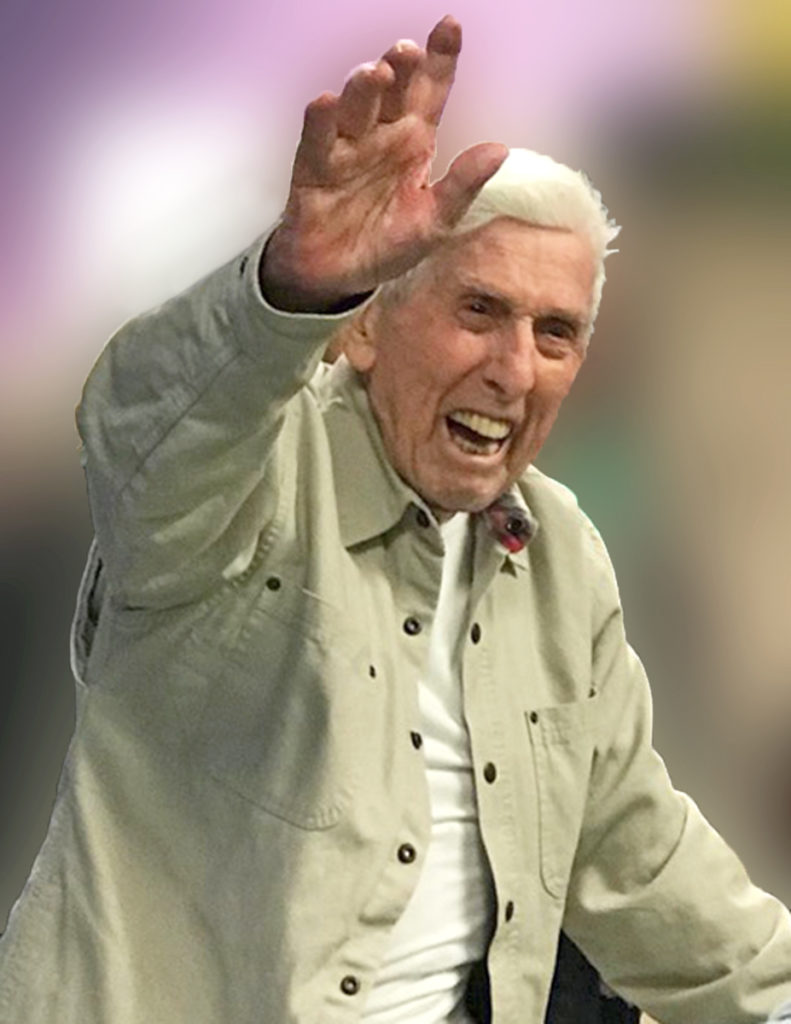 Harry L. White, Sr. passed away on the morning of Saturday, February 16, 2019 in his home in Mission Viejo. He was 102 years old and died of natural causes.

Harry was born in Memphis, Tennessee and grew up in Paducah, Ky.  He served in the Army Air Corps in World War II; and while stationed at Malmstrom Air Force Base in Great Falls, Montana, he met the love of his life, Helen Elizabeth Ellis.

Harry & Helen loved to dance, and they were very good” winning dance contests and having great fun dancing to the sound of the Big Bands in the 40s.  They were married in 1946, and at the end of the War, Harry got a service job with Western Airlines.

In 1956, Western Airlines recognized Harry as a rising star, and sent him to Los Angeles, their biggest market at the time. After being manager of the Hollywood sales office near Hollywood and Vine, Harry was promoted to the General Offices of Western Airlines at LAX in 1965. From the humble beginnings as a ramp worker in Great Falls to the Headquarters of Western Airlines in Los Angeles, Harry rose from the lowest ranks of the company to become the Vice-President of Sales and Marketing for the entire airline.

Harry and Helen lived near LAX until 2001, when they moved to Mission Viejo in Orange County, CA. Helen passed away on February 26, 2017.  She has welcomed her husband to their Eternal Home; and, once again, they are dancing together as one.

Upon learning of Harry’s passing, dozens of friends and family sent notes and cards of condolences and sympathy.  A great many of these included thoughts about their impressions of this wonderful man. Harry was described as “the sweetest, kindest, most loving and caring person I’ve ever known.” Another noted that Harry’s “legacy of grace, class, loving compassion, genuine warmth and spirituality that lives on” in his five sons and in his grandchildren.

Among the best descriptions of Harry’s life was a letter from a college friend of the sons. He said that Harry lived a life that was “amazing, extraordinary and so remarkable.  He was the living, breathing, quintessential epitome of Frank Capra’s movie classic, ‘It’s a Wonderful Life!'”  And perhaps the most poignant observation of all came in that same letter:  “Harry was a modern-day iconic Will Rogers type figure, someone who fervently believed that a stranger was just a friend he had not met.”

Harry loved people, and people adored Harry.  He has gone Home to join his dear, sweet, kind, loving and devoted wife of 71 years, Helen…his soulmate for a lifetime and now for all eternity.

Rest in Peace, Mom and Dad. We love you.