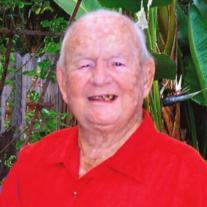 Monahan was a 1950 graduate of the University of Notre Dame and held editorial positions with the South Bend Tribune (Indiana, 1950-53), the San Diego Union (California, 1953-69), and Sea Magazine (1969-85), a western regional publication devoted to recreational boating. He retired in 1992 as advertising manager of the Southern California Marine Association, a trade organization that produces boat shows. He continued to work for the association as a government relations consultant until August, 2008. After retiring he and his wife Gerry were co-directors of the Father Serra’s Food Pantry for Mission San Juan Capistrano for 16 years.

He reported high school sports for the South Bend and San Diego newspapers. In South Bend, he supervised the paper’s statewide coverage of high school basketball and in 1953 covered the city’s first state championship won by Central High. Meeting the late Jack Murphy, sports editor of the San Diego Union, at the 1952 USC-Notre Dame football game in South Bend, eventually led to a job offer in San Diego.

In June 1961, he became the boating columnist in San Diego before moving to Sea Magazine as managing editor in November, 1969. As a boating writer he reported on America’s Cup and Transpacific races, Olympic competition, San Diego-Acapulco sail races, and unlimited hydroplane Gold Cup regattas. He was a pool reporter for the yachting competition of the 1984 Summer Olympics in Los Angeles.

During his 16 years with Sea Magazine, he was managing editor, executive editor, editor, editorial director and associate publisher. In late 1975, the Monahans moved from San Diego to San Juan Capistrano, CA. In 1985, he left the magazine to become the advertising manager of the Southern California Marine Association.

Monahan was born on April 22, 1924, in Birmingham, AL, where his father, an on-site accountant for a large national construction company, was working at the time. Due to his father’s job, the family moved frequently and arrived in the Los Angeles area in 1931, in the small of Trona. The family traversed the state, while Monahan’s father worked for various highway construction companies. Eventually the family settled permanently in San Diego in 1936.

Monahan graduated from St. Augustine High School, San Diego, in l941, and was awarded the St. Augustine Medal as the outstanding member of the graduating class. He worked as a junior clerk at San Diego Marine Construction Co. until he was drafted into the Army in March, 1943. During World War II he served 20 months in the Pacific Theater in the Engineer Intelligence Section of General Douglas MacArthur’s headquarters staff. He was awarded the Bronze Star and was discharged when the war ended with the rank of technical sergeant.

He married Gerry Cassutt in San Diego on December 28, l949. They would have been married 62 years this December. He went to work for the South Bend Tribune two days after his graduation from Notre Dame. They resided in South Bend until May, 1953, when they returned to San Diego with their sons, Terry and Gary, who were born in South Bend. Their daughters, Peggy and Maura, were born in San Diego. In 1956, he was named “Man of the Year” by the Notre Dame Alumni Club of San Diego. He received the Alonzo de Jessop Award from the San Diego Association of Yacht Clubs (1966) and the Budweiser Award from the Unlimited Hydro division of the American Power Boat Association (1968).

A Mass of the Resurrection will be offered at the Mission Basilica San Juan Capistrano on November 28th at 10:00 AM.

In lieu of flowers, the family asks that donations be made to his favorite charity, Father Serra’s Food Pantry (31611 El Camino Real, San Juan Capistrano, CA 92675).