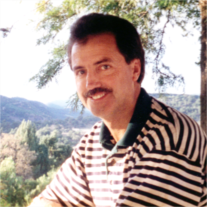 Harold Ralph Crookes was a son, brother, husband, friend and most importantly Father. Harry was born January 30th, 1946 in Dublin, Ireland. He moved to Canada in 1951 and to the USA in 1954. Known as Harry & Har by his beloved family. His friends and trusted co-workers called him Hal.

Harry-Har-Hal graduated from University of Michigan and Southern Methodist University Dallas (as a lawyer) – Top of his class. He served in the Air Force as a fighter pilot and remained grateful to his dying days for his lucky F105 fighter plane that carried him to safety. He served four years to his new country during the Vietnam War.

Not surprising, that he continued to be top of his class as a dedicated career lawyer in contract law with Ma Bell, Air Touch Cellular, and finished his career last year with Verizon Wireless.

His most cherished role in life was fathering his beautiful daughter Sara.

May our heart pockets continue to be touched by your love, Harold, Har, Harry, and Hal.

We love you always and forever.

In lieu of flowers, Hal and his family wish donations be made to The HeartWay
(www.theheartway.org)