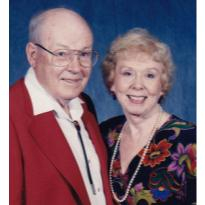 Harold Owens passed away at Regents Point, Irvine, California, on March 2, 2008. Harold and his wife Lee came to Regents Point in July, 2003 from Fairhope, Alabama where they had lived in recent years. Harold was born in Carrollton, Missouri. He was raised on a farm and graduated from the University of Missouri in Columbia with a Masters degree in agriculture. The day after graduation he joined the army as a Field Artillery Officer. His years in the service, along with wounds suffered, led to a life-long interest in the Red Cross. He remained a member of the Army Reserve for 29 years. Harold was awarded a Purple Heart in WWII, and retired as a lieutenant colonel.

His career was in agriculture. He served as County Extension Agent for three counties in Missouri, and then became Executive Secretary of the State Soil Districts of Missouri for seven years. He and Lee then moved to Washington D.C. where Harold worked for the U.S. Dept. of Agriculture Federal Extension Service, in the area of soil conservation and agronomy. After retirement in 1981 they went to South Africa where he advised the Department of Agriculture of South Africa.

Upon returning from South Africa they resided in Alexandria, Va. where he was a part time staff writer for the Environmental Protection Agency. They later moved to Fairhope, Alabama where he continued writing in his field, publishing a book tracing the history of agricultural practices from 1930 to 1999.